After the release of the album, the group went on an ‘Alone-Together’ phase 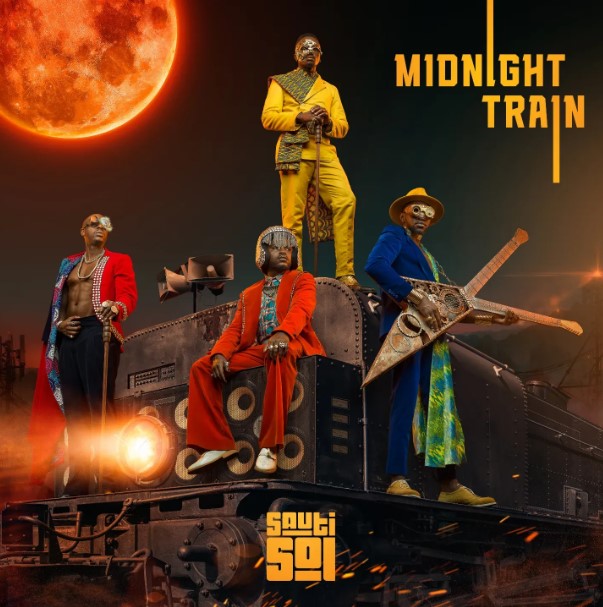 Sauti Sol is celebrating two years of their hit album, Midnight Train. Through their social media, the group announced on Sunday the second anniversary to this project.

"The Midnight Train turns 2 today. What's your fav song on the album? #MidnightTrain."

After the release of the album, the group went on an ‘Alone-Together’ phase which is the second chapter of the life of Sauti Sol - the iconic Kenyan music group who will continue to serve their craft and brotherhood.

It ties in the natural progression that each band member is experiencing, while still maintaining a cohesive unit.

The journey is a 4-part open letter to their fans and the world to enlighten them on who Sauti Sol (Savara, Chimano, Bien and Polycarp) really are; 4 phenomenal parts that make 1 Iconic whole.

Heavy Is The Crown by Chimano, Father Studies by Fancy Fingers, Bald Men Love Better by Bien- Aime and Savage Level by Savara are masterfully crafted musical and visual works that are sincere representations of them as world-class artists.

With each release, the fans, old and new, young and old, have gotten to experience each artist’s unique flair, and perhaps get greater insight as to why they are 4 phenomenal parts that make 1 Iconic whole.

Sauti Sol were said to release their next group album this year.

'There has been disinformation,' Sauti Sol on drama with Azimio

Being a big band in Kenya has put us in positions where we can talk about policy, where we can have strong opinions - and we're living proof that ...
Entertainment
2 months ago