Mary J Blige to celebrate life and music through performance 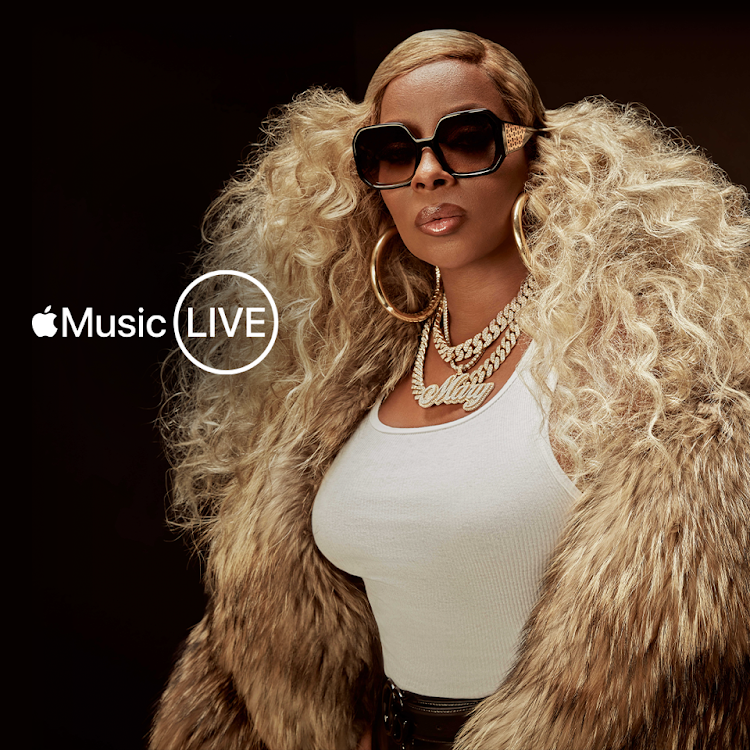 Grammy award-winning and Academy award nominated artist Mary J. Blige will host a performance for one-night-only to celebrate her life and music on July 27th.

Blige’s performance at New York City’s historic United Palace will feature a career-spanning setlist and reflections from her unparalleled career in music.

Blige will be the latest artist to take the stage for Apple Music Live, the exclusive live performance series on Apple Music giving the biggest stars in music a global platform to connect with audiences around the world.

Speaking about it, she said;

“The last year of my career in particular has been an exciting ride. From continuing to act, to recording and releasing my 15th studio album, growing and expanding different businesses like Sun Goddess and Sister Love Jewelry, to performing at the Super Bowl, launching my Strength of a Woman Festival and Summit and now getting ready to go back on tour, it feels amazing to take this opportunity to celebrate, reflect and have an intimate night with my fans through this platform Apple Music is providing me.”

Blige will also be marking the 30th anniversary of her landmark debut album ‘What’s the 411?‘, on July 27th.

Mary J. Blige reached new heights on Apple Music in 2022, with the release of her fifteenth studio album, ‘Good Morning Gorgeous’, and her performance in the Super Bowl LVI halftime show.

Mary J. Blige has a track record of eight multi-platinum albums, nine Grammy Awards (plus a staggering 32 nominations), two Academy Award nominations, two Golden Globe nominations, and a SAG nomination, among many other accolades. Blige has cemented herself as a global superstar. And in the ensuing years, the singer and songwriter has attracted an intensely loyal fan base—responsible for propelling worldwide sales of more than 50 million albums.

Blige brought her own gritty, urban-rooted style—fusing hip-hop, soul and honest, frank lyrics—to the forefront on her 1992 debut album What’s the 411? The multi-platinum set, executive produced by Sean “Diddy” Combs, quickly spun off several hits, including two No. R&B No. 1s: “You Remind Me” and “Real Love”. Blige helped redefine R&B and began forging a unique niche for herself on the more personal second album, 1994’s My Life. She is loved for her passionate, chart-topping hits like “Be Without You”, “No More Drama” and “Family Affair” all of which have made her a force in music.

Adele and Mary J. Blige among TIME's 'most influential' people of 2022

"In a time when people are trying to sell every facet of their being, on every device that surrounds us, here is someone who wants only to make ...
Entertainment
2 months ago