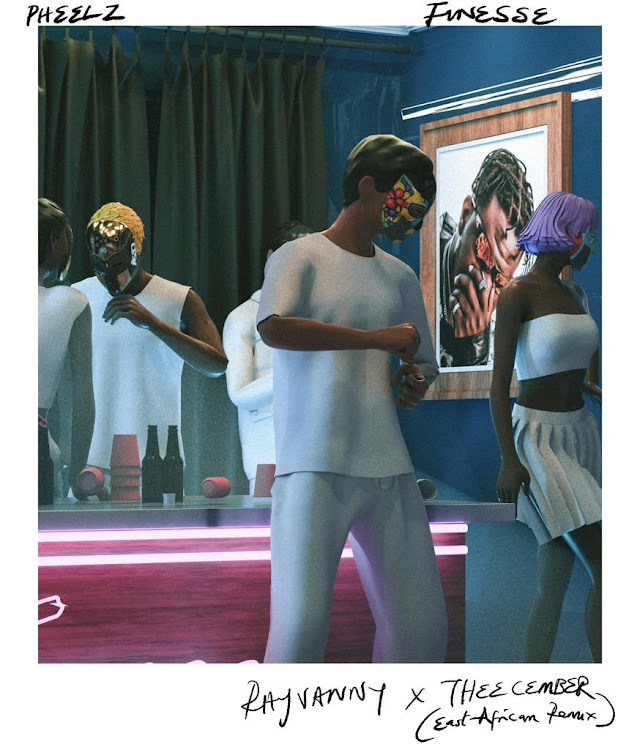 Nigerian star Pheelz has been on a roll since the release of his chart dominating single, “Finesse” (with BNXN) in March.

The viral anthem spent 13 weeks on the Official UK Afrobeats chart – peaking at number one.

Meanwhile, in the US, “Finesse” has spent 14 weeks on Billboard’s U.S. Afrobeats songs chart. The song has also been number one on Apple Music across East Africa for Months and one of the most recreated contents of Tiktok globally.

Hot on the heels of his performances at the BET Awards and Late Night with Seth Meyers, Pheelz has teamed up with Tanzania's Rayvanny  and THEECEMBER from Burundi for the East African remix of “Finesse”

"To the Triibe in East Africa 🤟🏾🤟🏾 we’ve got a fire remix with @rayvanny 🔊🔊 and had to put @theecember ‘s fire verse on it. Let’s go Triibe."

In 2021, Pheelz released his debut EP, Hear Me Out which is a five-track showcase of his vocal dexterity and song writing abilities.

The same year, he was featured on “Crown of Clay” alongside two of Nigeria’s greatest Hiphop artists, Vector and MI Abaga. In addition to his feats in 2021, his single, “Somebody”, spent 3 weeks on Billboard’s Top Triller Global Chart and peaked at number three.

In 2022, Pheelz released a global anthem, “Finesse” (featuring Buju). The single has been streamed over 100 million times. Less than a week after the release of the highly anticipated record, “Finesse” was performed by Pheelz and Davido at the O2 Arena and became the number one most shazamed record in the world.