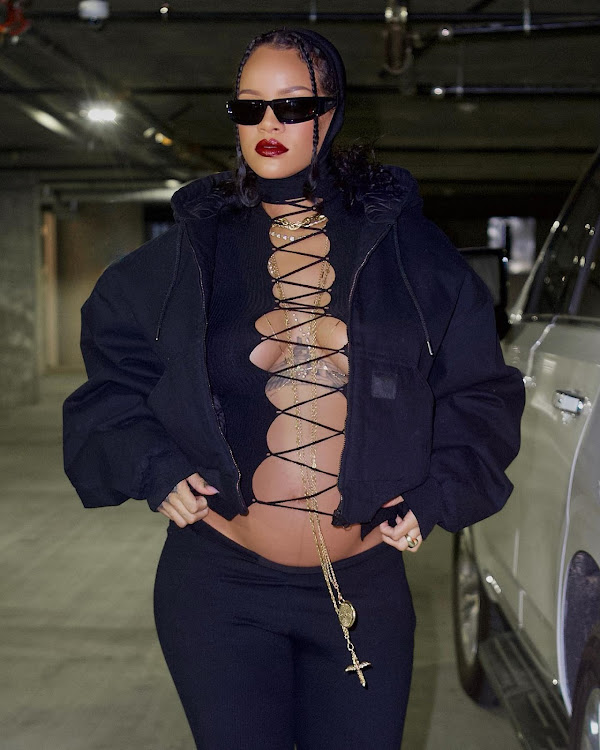 Rihanna has stepped out looking gorgeous, the first time after giving birth. She accompanied her boo Asap Rocky at the Wireless Festival where he was preforming.

Riri was wearing an oversized black puffer jacket by Prada.

The two were later seen at a barber shop where Riri accompanied the father of her child for an appointment.

Rocky also performed at the same festival Rihanna's ex-boyfriend Chris Brown was performing. This was Brown's first UK festival in twelve years after he was banned in 2010 for allegedly assaulting Rihanna in 2009.

Rocky and Riri welcomed a son in May this year after dating for about two years. This is the couple's first child.

Riri announced she was pregnant in January after stepping out showing her baby bump as she held onto Rocky's hand.

Speaking to Vogue, Riri opened up about her pregnancy;

'None of the dials are turned down. I think I even say yes to more now because I know it will be different on the other side of this. At first I expected some magical change, but really I remain who I am.'

'Balance is one of my biggest challenges and always has been. And now there's another human being coming into play, it changes what that means again.'

Before Rocky, Riri was dating Hassan Jameel, a billionaire she had dated for over two years.

Rihanna, who unapologetically wowed a lot with her sense of fashion during her pregnancy period, conceived the baby on May the 13th where sources ...
Entertainment
7 months ago

Rocky said of their matching clothes:, "I think it's just natural. We happen to look good together naturally”. “You know, it would take a lot of work ...
Entertainment
7 months ago