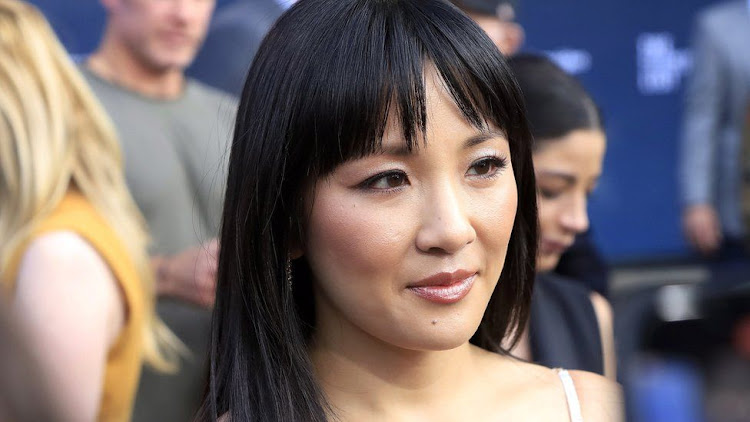 Constance Wu has said she tried to kill herself after facing a backlash over comments she made about the renewal of her TV series Fresh Off The Boat.

The US actress made the revelation in a statement marking her return to Twitter after almost three years.

She added she was "afraid of coming back on social media because I almost lost my life from it".

"Three years ago, when I made careless tweets about the renewal of my TV show, it ignited outrage and internet shaming that got pretty severe," she wrote on Thursday.

Wu posted a series of tweets in 2019 after a sixth series of the comedy was commissioned by US TV network ABC.

The 40-year-old, who had starred in the show since 2015, tweeted: "So upset right now that I'm literally crying. Ugh."

When a Twitter user congratulated her on the "great news", which had also been publicly welcomed by some of her co-stars, Wu replied: "No it's not."

She later said the comments were "ill-timed" and had been made after "a rough day", adding that the continuation of the show had meant she would be unable to pursue a passion project.

Returning to the platform this week, she added: "I felt awful about what I'd said and when a few DMs [direct messages] from a fellow Asian actress told me I'd become a blight on the Asian American community, I started feeling like I didn't even deserve to live any more.

"That I was a disgrace to AsAms, and they'd be better off without me. Looking back, it's surreal that a few DMs convinced me to end my own life, but that's what happened.

"Luckily, a friend found me and rushed me to the ER."

Wu, who also starred in the 2019 film Hustlers, went on to say said she had written a book about her experience, entitled Making A Scene, and that she wanted to help others who had gone through similar things.

She finished her statement by saying that "after a little break from Hollywood and a lot of therapy" she now felt "OK enough" to return to social media.

"And even though I'm scared, I've decided that I owe it to the me-of-3-years-ago to be brave and share my story so that it might help someone with theirs," she added.

Wu also shared a link to the US National Suicide Prevention Lifeline.

Many people shared support for Wu online, such as the novelist Esmé Weijun Wang: "I'm so glad you're still here, and I'm really looking forward to reading your book," she wrote.

"Sending you love, and if you ever want to reach out - I'm here."

"Sending you lots and lots of love Constance," added filmmaker Michael Skolnik. "You are brave and courageous. Thank you for all that you have given to the world - you are loved and appreciated."

Comedian Jenny Yang added: "I'm sorry you went through this darkness. I'm so glad you are still here with us. We need to talk more about mental health. Thank you for sharing."

In 2018, Wu received a Golden Globe best lead actress nomination, the first Asian woman in 44 years to be named in the category. She was nominated for her role in what she described as the "historic" Crazy Rich Asians, the first Hollywood film in 25 years to feature an all-Asian cast.

Counselors, medics, and psychologists advise that you can always reach out for help when experiencing any mental health issues. Call Kenya Red Cross toll-free hotline, 1199 for support.