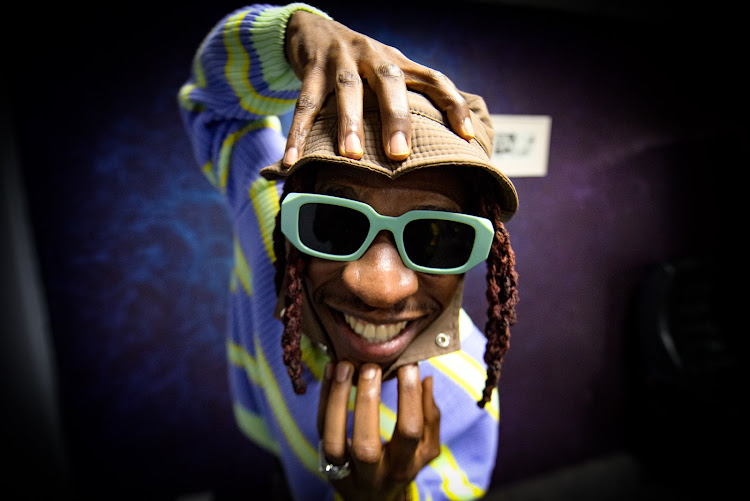 Nigerian music producer, artist, songwriter  and DJ, Krizbeatz has teamed up with Tanzania’s Rayvanny and Nigeria’s Bella Shmurda to release the music video of “Wild Party” -

The video is shot between Nigeria and Tanzania. The record draws from Krizbeatz’s penchant for synchronizing dance music with traditional African elements.

In a statement, Krizbeatz said;

“Making people dance is one of my favourite things to do."

The song is the second single off Krizbeatz forthcoming EP dubbed ‘King of New Wave’ and follows the success of single “Time & Place” featuring Victony and Terri.

The award-winning producer is known for furthering the Pan-African axiom - ‘Africa is one’, given his fondness for merging sounds and artists across the continent to create magic.

He was in Kenya on a successful media tour run, where he expressed his keenness on working with more Kenyan artists, like Bien-Aime, Karun, Tanasha Donna, Buruklyn Boyz; especially because his upcoming EP mainly focuses on Nigerian - Tanzanian collaborations.

The reception he received from the creative industry was phenomenal, yielding some new collaborations - set to push his drive to further grow Africa’s music industry by producing pioneering sounds.

Exploring sounds from the East African region is not new to Krizbeatz as he has released a number of hit collaborations in the previous years with top regional acts such as Diamond Platnumz, Sauti Sol, Victoria Kimani, Harmonize, Vanessa Mdee, Rayvanny amongst others.

He asserts, “Being able to draw influences from several places on the continent to paint a picture of the African experience is the best part of my creative process.”

Beatz is said to be one of Nigeria’s most consistent hitmakers, racking up over 3 billion streams on songs produced by him across digital platforms to date.He studied Music Technology after bagging a degree in Linguistics at the University of Ibadan.

He is celebrated for his signature percussion undertones that have seen him produce mega hits for the likes of Davido, Burna Boy, Popcaan, Tory Lanez, Omarion, Yemi Alade, Oumou Sangare, Seyi Shay and Runtown.

He is famed for producing Tekno’s “Pana” and is also one of Africa’s leading music producers. The meteoric success of that record would see the producer champion a new wave now dubbed “Pon Pon” in the Nigerian music scene.

Nandy recognized Rayvanny as an artist that has great talent and potential as she wished him all the best on his next milestone.
Entertainment
3 weeks ago