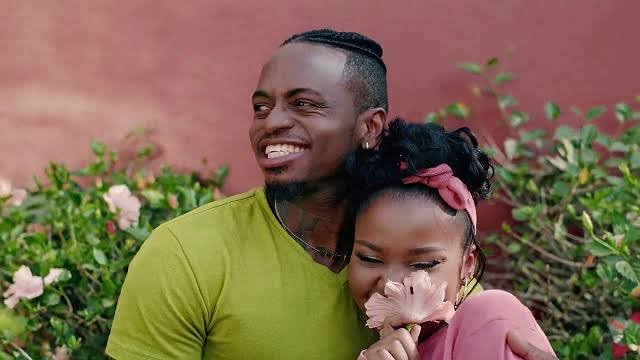 'Diamond Platnumz was spotted wearing a t-shirt that was printed Zuchu's face. In a video posted by Zuchu, Diamond is seen posing for the video as he flaunts the black t-shirt.

In the video, Diamond seemed to be in his house ready to step out as he was being awaited by his bodyguards. 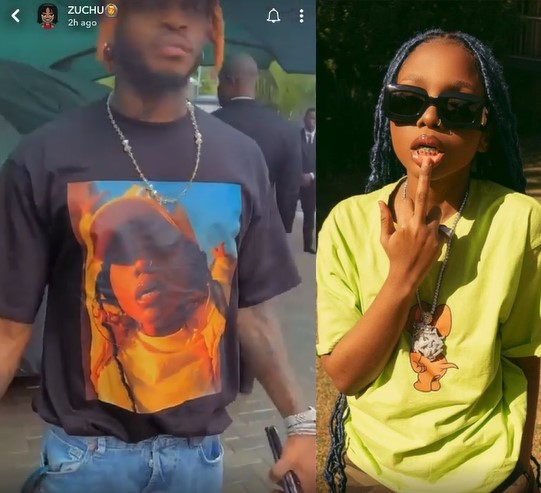 Rumours of the two of them dating started late last year when they went on a Christmas date. Diamond captioned on social media that he was with his lover. He then dedicated to Zuchu Mariah Carey's song 'All I want For Christmas Is You'

They were in France recently and were seeing holding hands and being too close in the streets. At one point, Diamond bought Zuchu flowers.

Recently, Zuchu said before she met her current lover, she had been single for two years.

"Yes, I have been single for two years."

“Wakati natunga #JORO nilikuwa single na Jaro ni nyimbo ambayo nimeimba kuwapa moyo wanawake ambao hawapendi vitu vilivyo kwenye miili yao lakini waume zao wanavipenda” (When I was writing jaro, I was single. I wrote the song to encourage women who might not like how their bodies are but their men)