A musical based on the Netflix hit Bridgerton was cancelled earlier this week, after the streaming giant threatened legal action over copyright 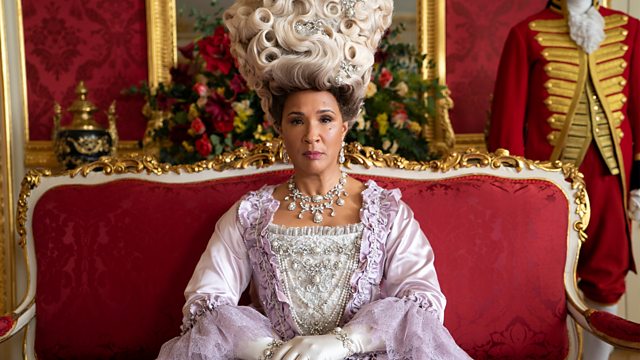 A musical based on the Netflix hit Bridgerton was cancelled earlier this week, after the streaming giant threatened legal action over copyright.

The Unofficial Bridgerton Musical, which started life as a series of viral TikTok videos, played to a sold-out audience in the US in July.

Barlow and Bear, the creators of the musical, had hoped to bring the show to London's Royal Albert Hall next month.

But it has been halted following a lawsuit from Netflix.

Here's the story so far

Bridgerton began life as a series of romance novels written by Julia Quinn, focusing on a widow and her eight offspring as they navigate high society in Regency England

The first series was released on Christmas Day 2020 and became a huge lockdown success story, attracting large audiences and making stars of its cast.

A second series was swiftly commissioned and released earlier this year. A third and fourth series are in the works.

Two fans of the show, Abigail Barlow and Emily Bear, both in their early 20s, began making their own social media content based on the series, under the name Barlow and Bear.

Their videos featured original songs, and invited users to add their own verses. Barlow would generally sing the lead vocals, while Bear would play the instruments and sing backing vocals. The songs were fun, playful and catchy and swiftly found an audience.

By January 2021, their star was firmly on the rise. Less than a month after Bridgerton's release, Barlow was interviewed by BBC Radio 4's Today, explaining: "I was just so inspired on a different level of someone else's creativity.

"I thought, immediately, 'Well, this could be something that I could see on stage so I put it on TikTok just like I do [with] my pop songs that I write; and immediately people started getting invested and really wanted to hear more."

Some of the songs became so popular, the pair began recording fully orchestrated versions, eventually releasing an album last September.

Their profile was growing rapidly, and Barlow and Bear spoke of their plans to turn their work into a full-blown musical in media interviews.

Their songs were applauded by some cast members and even Quinn herself, who said: "I know all about the musical and that is just blowing my mind... I'll be sort of humming in the shower and realise I've been humming one of the songs."

The pair occasionally played down their sudden fame, with Barlow saying in an interview with NPR: "We're just two girls, like, having fun writing music in our bedroom."

But while that may have been the case at the beginning, Barlow and Bear were quickly reaching a new level of success. They won a Grammy in April, taking home the award for best musical theatre album

Netflix initially did not stand in their way - essentially because it was, at this point, a light-hearted social media trend. It can be a bad PR move for big companies to clamp down on fairly harmless user-generated content, even if it does infringe on copyright.

If anything, they were encouraging. "Netflix was very, very supportive," Barlow claimed in an interview last September.

However, as their success grew, so did the concerns of the show's producers. The fact that they had not authorised the musical became increasingly problematic for Netflix and Shondaland.

When Barlow and Bear attempted to monetise their success by staging their own musical in Washington DC and charging up to $149 (£123) per ticket, Netflix intervened.

The streamer filed a lawsuit in the US in July, accusing Barlow and Bear of "blatant infringement of intellectual property rights" through the musical, which directly quotes from the series and lifts other material from it.

"Netflix supports fan-generated content, but Barlow and Bear have taken this many steps further, seeking to create multiple revenue streams for themselves without formal permission to utilise the Bridgerton IP [intellectual property]," Netflix said in a statement last month.

"We've tried hard to work with Barlow and Bear, and they have refused to co-operate. The creators, cast, writers and crew have poured their hearts and souls into Bridgerton and we're taking action to protect their rights."

It added: "What started as a fun celebration by Barlow and Bear on social media has turned into the blatant taking of intellectual property solely for Barlow and Bear's financial benefit."

The lawsuit contains several interesting details. For example, Netflix alleges that it tried to offer Barlow and Bear a licence that would have allowed them to legally perform their shows.

"Barlow and Bear refused," the lawsuit states, alleging the creators "then doubled down on their infringement and resulting harm to Netflix".

But then, earlier this week, the Royal Albert Hall scrapped the planned 20 September performance of the musical and posted a statement online.

"Sadly, Barlow and Bear have cancelled their performance of The Unofficial Bridgerton Musical, Live in Concert at the Royal Albert Hall," it said

Barlow and Bear have not yet publicly responded to the London show's cancellation or the lawsuit. BBC News have asked their representatives for comment.

Kenyan star Kate Kamau present at the A-List event was an esteemed guest to Queen Zozi Tunzi and joined by sophisticated tastemakers and beautiful ...
Entertainment
6 months ago