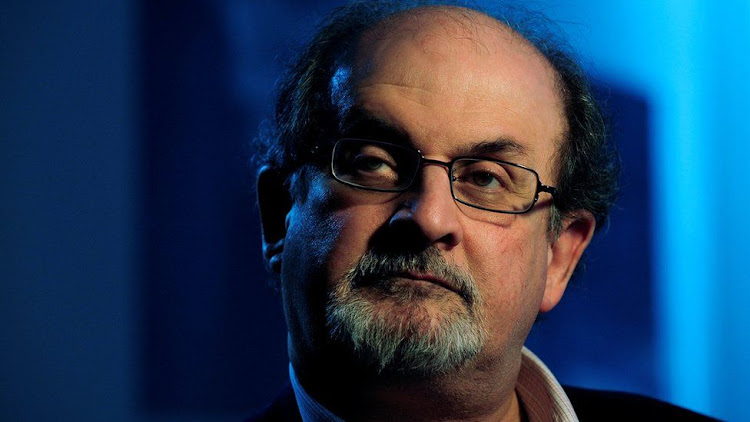 Author Salman Rushdie has been taken off a ventilator and is able to talk again, a day after being stabbed.

Mr Rushdie, 75, was attacked while speaking at an event in New York state and was in a critical condition.

His agent, Andrew Wylie, confirmed the news to US media, but had previously said the author may lose an eye.

Mr Rushdie has faced years of death threats for his novel The Satanic Verses, which some Muslims see as blasphemous.

Hadi Matar, 24, is accused of running onto the stage and stabbing Mr Rushdie at least 10 times in the face, neck and abdomen. Following the attack, Mr Wylie said Mr Rushdie had suffered severed nerves in one arm, damage to his liver, and would likely lose an eye.

While the author's latest condition has not yet been updated, several fellow writers and scholars tweeted their relief at finding out the novelist was now able to talk.

Michael Hill, the president of the Chautauqua Institution where the attack took place, also tweeted the news.

Henry Reese, who had been due to interview Mr Rushdie at the event, suffered a minor head injury. He is the co-founder of a non-profit organisation that provides sanctuary to writers exiled under threat of persecution.

Before the attack, Mr Rushdie was about to give a speech about how the US has served as a haven for such writers.

The novelist was forced into hiding for nearly 10 years after The Satanic Verses was published in 1988. Many Muslims reacted with fury to it, arguing that the portrayal of the Prophet Muhammad was a grave insult to their faith.

He faced death threats and the then-Iranian leader, Ayatollah Ruhollah Khomeini, issued a fatwa - or decree - calling for Mr Rushdie's assassination, placing a $3m (£2.5m) bounty on the author's head.

The fatwa remains active, and although Iran's government has distanced itself from Mr Khomeini's decree, a quasi-official Iranian religious foundation added a further $500,000 to the reward in 2012.

Mr Rushdie was born in Bombay, India in 1947. He was sent to boarding school in England before going on to study history at the University of Cambridge. In 2007, he was knighted for services to literature.

There has been an outpouring of support for him, with the attack widely condemned as an assault on freedom of expression.

Mike Tyson has finally broke his silence about his confrontation on a JetBlue flight with an out-of-control passenger.
Entertainment
4 months ago

an attendee rushed the stage and attacked the comedian.
Entertainment
4 months ago

Taraji P. Henson calls for Jussie Smollett to be freed from prison

The actor was sentenced to 150 days of jail time and 30 months probation on Thursday after being found guilty of felony disorderly conduct for ...
Entertainment
6 months ago