Game of Thrones fantasy prequel drama series House of the Dragon is based on George R.R. Martin's Fire & Blood and set 200 years before the events of Game of Thrones 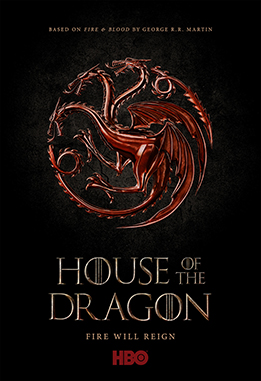 Three hundred Kenyan fans of HBO's popular Game of Thrones series were treated to a private invite-only screening of the premier episode of the House of Dragons sequel at Westgate Cinemas in Nairobi this week, following the global premier of the series.

Before the hour-long screening event, invited guests were treated to cocktails made with A Song of Ice and A Song of Fire from a limited-edition of  Game of Thrones whisky blends.

HBO's new Game of Thrones fantasy prequel drama series House of the Dragon is based on George R.R. Martin's Fire & Blood and set 200 years before the events of Game of Thrones. The series will feature 17 dragons brought to life with special effects and tells the story of House Targaryen at the peak of its power and influence in the land of Westeros. The show will chronicle the beginning of the end of House Targaryen and the events leading up to and covering the infamous Targaryen war of succession which became known as the "Dance of the Dragons".

Nancy Matimu Managing Director MultiChoice Kenya speaking at the event, said, “We are happy to be able to bring entertainment that our customers love and offer it straight into their hands and into their living rooms. It makes us proud therefore to be able to bring you Game of Thrones on DStv and in addition, give you an opportunity to interact and experience the content in this way. DStv and M-Net understand how great a hit the Game of Thrones’ series is not only in Kenya but globally, so we are incredibly excited to mobilize the Kenyan army of fans at this premier.”

Euphoria the film addresses the modern society we, especially teenagers live in.
Entertainment
8 months ago

“MEDICINE MAN is about a lone Doctor overcoming the odds to redeem the Community he so loves, that is deeply shackled by Witchcraft and enslaved by ...
Entertainment
9 months ago

Love season is here as 'Our perfect wedding' returns

Viewers are kept in the loop with all the drama, trip ups and magic of the road to the big day, all whilst adding cheeky nature to the show. At the ...
Entertainment
9 months ago