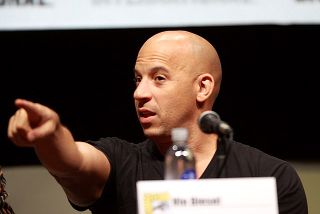 Over this weekend, residents of Angelino Heights in Los Angeles took to the streets to protest over the filming of 'Fast x' which is the last instalment of 'Fast & Furious'

Residents say the film being shot in their area has encouraged street racing and illegal driving. Some residents  were seen carrying pictures of loved ones who had previously been killed by street racing.

According to American media pundits, the film had sent a notice to the residents saying that the movie will be filmed in their area.

According to Variety, an email from residents to the LA city council read;

"If this film shoot is allowed to go forward in Angelino Heights, or any part of it from F10 Productions (Universal) … we will stage a huge protest and will invite many reporters and news cameras to film us protesting this film shoot all day and night."

"We will hold this protest to honor the 178 people who have been killed by street racers in Los Angeles, and to shame Universal for their callous disregard for this deadly epidemic of street racing their films started and continue to promote."

Fast X is the last installment from the franchise.

Mike Tyson speaking with a therapist on his podcast aid he had noticed parts of his body  deteriorating recently which led to him wondering how long ...
Trending
2 months ago

Dwayne Johnson will not return to Fast and Furious franchise

Dwayne Johnson has confirmed he will not return to the Fast and Furious franchise.
Trending
9 months ago

Paul Walker was Diesel's friend and castmate
Entertainment
11 months ago