Culture secretary has said the creators behind TV series The Crown, based on the lives of the Royal Family, need to make clear the show is fiction 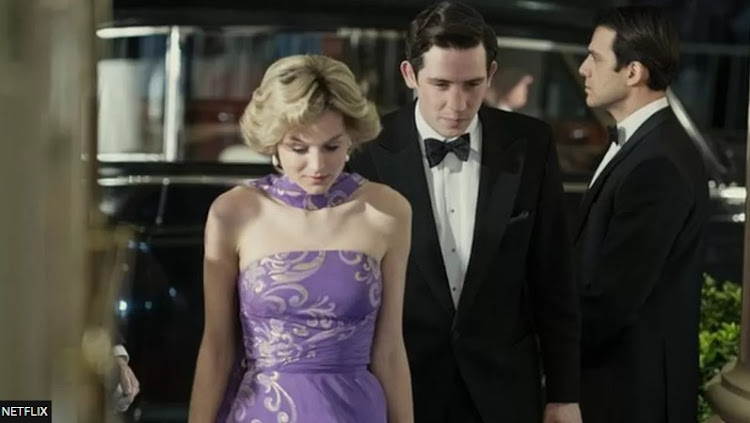 Emma Corrin as Princess Diana and O'Connor as Prince Charles

The culture secretary has said the creators behind TV series The Crown, based on the lives of the Royal Family, need to make clear the show is fiction.

"I fear a generation of viewers who did not live through these events may mistake fiction for fact," Oliver Dowden told the Mail on Sunday.

He said Netflix's "beautifully produced work of fiction... should be very clear at the beginning it is just that".

Creator Peter Morgan has called the show "an act of creative imagination".

Mr Dowden told the paper he intended to write to Netflix this week to express his concerns. The streaming giant declined to comment.

The fourth series of the drama, which stars Olivia Colman as the Queen, has attracted criticism from some quarters for its depiction of royal events, in particular the breakdown of the marriage of the Prince and Princess of Wales.

The Mail on Sunday has led calls for a disclaimer to be added to the series.

Earl Spencer, brother of the late Diana, Princess of Wales, previously told ITV's Lorraine Kelly he was worried some viewers would take the storylines "as gospel".

"I think it would help The Crown an enormous amount if, at the beginning of each episode, it stated that: 'This isn't true but it is based around some real events'," he said.

Peter Morgan, the show's creator, has defended the fictionalised account of real-life events, describing the script as a "constant push-pull" between research and drama.

Actor Josh O'Connor, who plays Prince Charles in the current series, told BBC Breakfast: "What Peter does so brilliantly is he takes the historical facts... and then paints in between those 'punctuation moments'."

"Sometimes people will want to believe this is what happened. It's always worth checking in and remembering that we're actors, we're not real and it's not a real story," he added.

But former Buckingham Palace press secretary Dickie Arbiter has accused the show of "stretching dramatic licence to the extreme".

And former royal correspondent Jennie Bond told the BBC Newscast podcast she feared some viewers might treat the show "as a documentary".

What does Dickie Arbiter claim is inaccurate?

It comes after Sarah Horsley, widow of Major Hugh Lindsay, said she was "very upset" by the depiction of her late husband's death, in 1988, in an avalanche - after she asked for it not to be included in the drama.

Mrs Horsley told the Sunday Telegraph last weekend that The Crown's producers replied with "a very kind letter", saying "that they understood my concerns but they hope I will feel that they deal with difficult subject matters with integrity and great sensitivity".

It is reported that viewing figures for season four of The Crown have already reached 29 million.