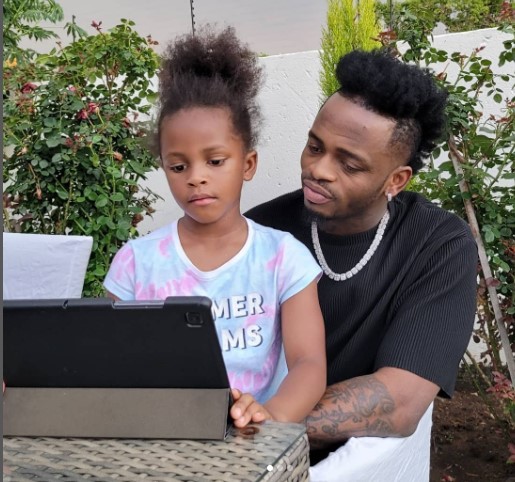 Zari Hassan and Diamond Platnumz's daughter, Princess Tiffah has in a hilarious social media video been forced to sign a 'contract' that hinders her from getting a boyfriend until 2045.

Tiffah's brothers jumped into the now famous social media challenge that involves little girls getting into 'agreements' with their dads or elder brothers to not have a boyfriend until a certain time.

"No boyfriend till 2045," read the 'contract' that was written on paper and signed by Tiffah on a pencil.

Zari, who handles her daughter's social media shared the video and captioned;

Dianaalexahgrande: Meanwhile you can erase the signature anytime after all its in a pencil

Gitigani_Ibrahim: That's why you signed with a pencil whenever you erase 😃😃🤣😂

Lumamariam: Hope u understood the agreement very well i think you should first get mum as ur lawyer at first 😂😂😂

In the video, Tiffah demands answers as Zari refuses to accept notion she was responsible for the break up.
Trending
3 months ago

Zari, Diamond summoned by kids on 'Why they broke up'

Zari Hassan and Diamond Platnumz had answers to give when asked by their kids Princess Tiffah and Prince Nillan why they broke up the family.
Trending
3 months ago