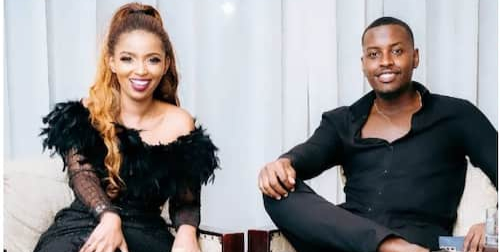 "My Boyfriend thinks all Tanzanian artists sound the same and are always sounding like they are crying when signing.”

Urbanknows: Ben Paul: "if you want to talk to me, talk to me directly. Do not go through cornere.." 😂😂😂

Jackreythelagat: I think the same!

wangecim: It doesn't matter if they are making millions

Anerlisa was married to Tanzanian singer Ben Pol before parting ways months after their white wedding. The businesswoman announced that her divorce had been finalized this year.

She recently threw shade at men who want to be 'kept.'

"No offense to any man but if you are looking into dating or marrying an independent woman, consider having heavy money and proper investments," she said.

Adding "Women also get tired of give me, do this, pay for this... And as life goes on, they realize they want to deal with someone who can also bring something to the table... Love alone cannot sustain a relationship..."

Anerlisa: The 2 things a man needs to keep an independent woman

Anerlisa Muigai has been in multiple relationships over the years, something that gives her a unique perspective on them.
Trending
1 month ago