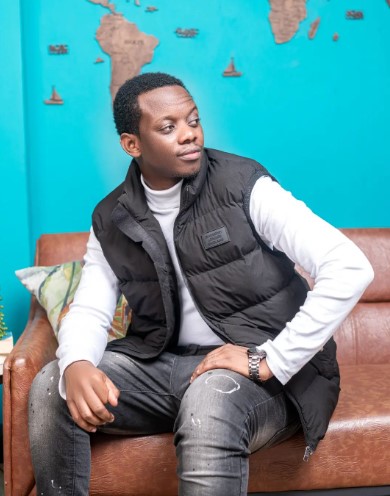 Before the release, the singer together with Foli Agency had invited industry stakeholders to have a first listen to the album.

Mwanzo is a 12 track album with five collabos and seven singles.

Artists featured on the Album are - Moji Shortbabaa, Jabidii, Guardian Angel, Alexis On the Beat and a group of kids called Hakuna Matata.

In a statement, the singer said he has intentions of featuring musicians outside Kenya in the near future.

The singer wrote most of the songs when he was sick and that this album is rooted in the word of God.

"This Album is rooted in the word of God, I don't have any other agenda apart from spreading the word of God. If there's anyone who's looking for healing, inspiration, encouragement this is the Album for You."

Wonder also went ahead and said that the doctors have forbidden him from doing anything and asked him to be on bed rest.

The singer struggles with a blood clot on his leg.

Through his Instagram page, Wonder said he wanted to do the album but he has been unwell.

"Illness struck in 2022...for msee kama mimi mwenye nimezoea headache ya 1 hour and I'm back to normal even without painkillers seven months being sick is crazy, can't lie the thought of cancelling this sounded like a very good idea but on the other hand if not now when then," he said.

"I believe it was meant to happen like this, I have a feeling that once I'm done with this album I'll be back to normal and I'll give thanks, so...We are doing this."

How Zari and Shakib slayed the red carpet