Life and times of Tshala Muana

The Queen of Mutuashi, whose sounds melted stereos across Africa and beyond 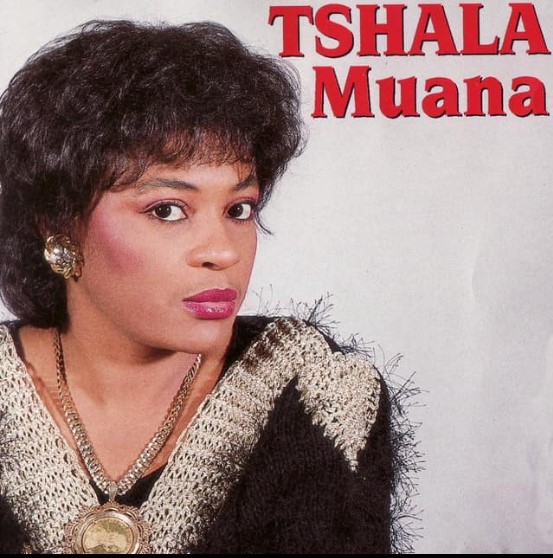 One of Africa's most celebrated singers, Tshala Muana, who died last week aged 64, was equally known for her soulful voice and raunchy dancing which led to riots and calls for her to be banned.

Such calls always failed in the face of popular demand by those desperate to see her perform.

She was rumoured to have counted some of Africa's leaders among her lovers and even sang about an unnamed president who tried hard to get her into bed.

But she began life as a tormented soul and aged 22 left her homeland - then Zaire, now the Democratic Republic of Congo - to chase her dream of becoming a singer and dancer.

When she returned six years later in 1986, she was everything she ever wanted to be - the Queen of Mutuashi, whose sounds melted stereos across Africa and beyond.

She left again on Saturday, 10 December. This time she didn't slip across a cold River Congo to make her way to West Africa. She left peacefully, forever.

"Goodbye my lovely little sister Elisabeth Tshala Muana," Dino Vangu, who played with the star in her 1989 album Biduayi, posted on Facebook.

"This is the greatest and most beautiful work of my entire career, all the glory is to God," said Souzy Kasseya, a guitarist who is credited with discovering Tshala Muana.

In the more than three decades between Muana's first exit from DR Congo and her death, she captivated audiences, and helped raise the profile of her native Tshiluba language and its traditional dance, Mutuashi.

"I love the fact that she stayed in her lane, singing in her indigenous language and promoting her native Luba and its culture. This was very unique," said Ugandan reggae artiste Tshaka Mayanja.

The Congolese musicians who dominated radio stations and nightclubs across Africa for many years - until the rise of Afrobeats - mostly recorded rumba, a genre with roots in Cuba. They used dazzling guitars and sang in Lingala, the language of the capital, Kinshasa, or French.

But Muana walked her own steps, almost alone. Singing in Tshiluba and dancing Mutuashi, she produced crispy sounds rooted in traditional folk songs, but used modern instruments that gave them more resonance.

She had to be persuaded to sing in her mother tongue.

"It was her arranger Kasseya who convinced her to use Tshiluba as a unique style," said Djouna Mumbafu, an animator and dancer turned singer who once performed with the popular Congolese group, Empire Bakuba, led by superstar Pépé Kallé.

Apparently, Kasseya had seen enough in Muana during her apprenticeship days to be convinced that she was more confident singing in Tshiluba and dancing Mutuashi.

However, Muana did sing in Lingala, too, for example in Nasi Nabali (I'm Married), where she tells of how marriage earns a woman respect and stops men from making demeaning passes at them.

The self-made singer, dancer and choreographer became one of the most celebrated female musicians from Africa.

From Senegal to Kenya, Muana's shows sold out during her prime, from 1986 to the end of the millennium.

She whipped up such a frenzy that, at least once in Zambia in 1992, tear gas was fired to control the audience.

Mutuashi was originally a Tshiluba word, a shout of encouragement for dancers to gyrate with more vigour, Muana once explained.

The word eventually became synonymous with the dance form, and Muana herself.

Papy Tex Matolu, who co-founded Empire Bakuba with Pépé Kallé, said Mutuashi had been part of the veins of Congolese folk music since the dawn of time.

"Tshala Muana has only propelled this part of our Kasaian culture to the international audience," he said.

Mutuashi is a traditional dance of the Luba people from DR Congo's central Kasai region.

With a wrapper around the hips to accentuate the movement, the Luba would gyrate sensually like they were invoking fertility gods. It was danced to celebrate the birth of a child, especially twins.

With her rise, Muana turned the dance form on its hips, literally. Racy was an understatement at her concerts. She would appear in an ankle-long dress with a slit right up to the waist.

Her dancers would be even raunchier, covering just their loins and breasts. Then they would dance in ways that sent the audience wild - both men and women.

It was not always rosy, though. Mutuashi was frowned upon by many.

In Zambia in 1992, Rev Stan Kristafor, the information minister, attempted to ban Muana because her dancing and dressing were "too suggestive".

He was overruled by parliament, and Muana performed at sell-out shows that resulted in a CD produced especially for a Zambian audience.

In Uganda in 2009, she defended the revealing outfits as "cultural".

"We are just modernising it a bit and we cannot do away with the Mutuashi. It is the identity of the people of Kasai tribe," she told journalists.

But the image she projected when performing at concerts was very different to what she really stood for.

Muana used her music to advocate for the rights of women and children and to give a voice to the poor.

In his book, Rumba on the River, American author Gary Stewart quotes her as saying her songs were about everyday life.

"I don't sing about love very often, no. In my songs in Tshiluba there are often proverbs, things that are a little different compared to the other singers," she said.

In Cicatrice D'Amour (Love Scar), she draws out every last emotion to bemoan domestic violence and to make an abusive man reform. Here, the language matters less. It is the mellow beats and mournful vocals that touch every vein in her audience.

Her stand on social justice heightened when she entered politics in 1999, earned Muana the nickname Mamu Nationale (Mother of the Nation).

But she paid a price for her political stance. She was arrested in November 2020 over her last song, Ingratitude, that was considered to be an attack on President Félix Tshisekedi because it castigates a man who bites the hand that feeds him. Muana was known to support Mr Tshisekedi's predecessor Joseph Kabila.

She was released a day later following a public uproar.

It was on 13 March 1958, when Congo was under Belgian colonial rule, that Amadeus Muidikay and his wife Alphonsine Bambiwa Tumba were blessed with a baby girl in Lubumbashi. They named her Elisabeth Muidikay.

After Mr Muidikay was killed in the Katanga War six years later, Ms Tumba took their children to Kananga, the capital of Kasai, in search of a better life.

At 18, Elisabeth Muidikay, or Tshala as we came to know her, was a broken person, a victim of an arranged marriage and carrying the sorrow of losing her infant daughter.

She moved to Kinshasa, believing she could put her experience of singing in a church choir to something worthwhile - or just become a top dancer.

She joined M'Pongo Love's Tcheke Tcheke Love band and for the next two years, she was taught to hold her voice and to use it effectively.

But she felt unsettled and in 1980 slipped out of Kinshasa across the river to Congo-Brazzaville.

She revealed her music talent during M'Pongo Love's concert there in 1981. Fellow musician Bony Bikaye recalls that the dancers were on stage when Muana gatecrashed their performance.

Although Muana was in Brazzaville en route to West Africa, Kasseya - who spent more time with Muana than any Congolese artist, arranging and playing guitar in many of her albums - took note.

It was apparent to him that Muana's attachment was to her native Luba. Yet they had been teaching her to sing in Lingala and French, and to dance rumba.

Arriving in Ivory Coast's main city Abidjan in 1981, she met Burkinabe producer Rain Ouedraogo. She now had a new home, a manager and later a lover - Ouedraogo.

After four years of singing and dancing in Abidjan, and several romances and break-ups, Muana was ready to test the international audience.

She returned to Kinshasa a seasoned and confident performer, ready to sit on a throne she had made for herself using Mutuashi.

She would churn out nearly two dozen albums, win several awards, including the prestigious Kora prize in 2013 for her album Malu, which gained her immortality among her fans.

As her body lies in a morgue at Hospital du Cinquantenaire in Kinshasa, her fans are celebrating their self-made Queen of Mutuashi, and arguably the finest of Congo's many music riches.

The Congolese fraternity is mourning the death of n renowned singer Tshala Muana.
Entertainment
2 months ago

Christina Shusho reacts to Harmonize kneeling before her