The radio personality told fans that she was on family planning 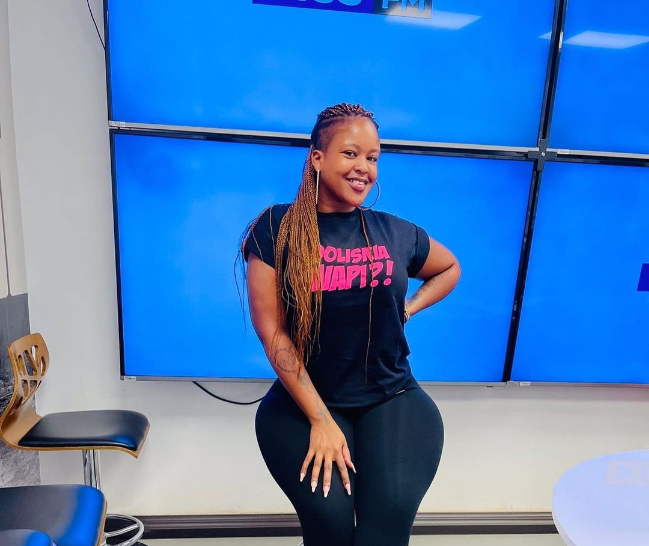 Kiss FM presenter Kamene Goro has once again shut down rumours that she is pregnant. In fact, the radio personality told fans that she was on family planning.

Are you on family planning? Asked a fan.

Another fan wanted to know whether Goro was pregnant.

In the past, Goro had also shut down claims of being pregnant, saying she was not in a hurry.

"I am not pregnant and not anytime soon. I don't want kids out of wedlock and so, I will have to get married first, settled into married and then think about having kids."

Kamene has in the past also said she prefers not to have kids.

"I do not want to have kids right now until I have trust funds and investments for my kids. I want to get married but not right now.

"I need to have achieved a certain position in my career. We wonder why we are raising angry kids, who feel neglected."

"We have not been deliberate women, your life is not something to gamble with don't gamble with it."

Kamene explained she does not understand the pressure that people put on women to have kids.

"I am saying this with all humility, I do not know what it is but between the age of like 22 or sometimes as early as 20 years, up till let us say 33 years.... and this is for chics, by the way, anytime you are having a conversation or you are at a place then someone asks you, 'Do you have kids?' And you are like 'No, not yet' or just 'No'. I don't know why everyone shouts, 'You know you should have kids!'." Kamene in a past morning conversation on Kiss FM.