King Kaka has released his much-anticipated gospel album dubbed '2nd Life' . The album commemorates the period when the superstar was hospitalized for months; he was forced to take a break from music production after his health deteriorated following a misdiagnosis. The illness brought him close to God.

'2nd Life' album expresses gratitude to God for King Kaka's full recovery and all the blessings God has bestowed upon the rapper and entrepreneur.

The title of the album was motivated by the fact that God has given him a second chance in life. Doctors had at the time of his diagnosis predicted that only had 30 days to live.

Twelve out of the seventeen track album are collaborations with top music personalities within and beyond Kenya. Some of the artists who have been featured on the album include; Alpha Mwana Mtule, Femi One, Jadi, Alyn Sano, Kivumbi, Wanavokali, Watendawili, Kanambo Dede, Iyanii, Anastacia Muema, Solomon Mkubwa, Phyllis Mbuthia, Walter Chilambo, and Zamunda among others. 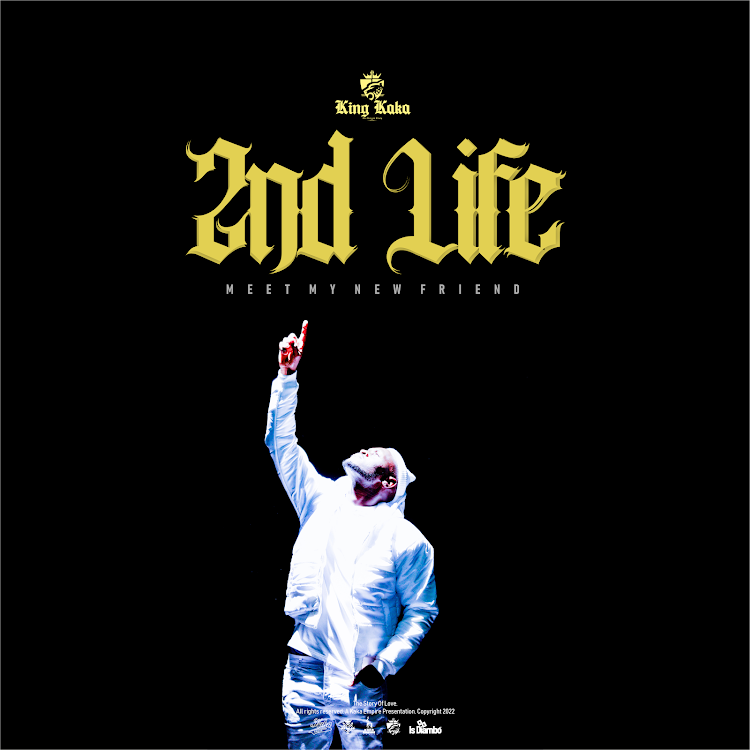 So why did he call it 2nd life?

"I went through a life changing ordeal and I am now experiencing and appreciating every minute of me being able to do what I love; and that is life , family, music and business. I am literally living my 2nd life," he said.

Adding "I was talking to my wife the other day and I declared this album my most honest album, this being my 6th studio project. It’s the most excited I have been while recording an album. Always grateful to the entire team over the one year we have been working on this. It’s very close to my heart."

There is a lot of diversity in the collaborations; from the generations of artists to styles of music.  One can already tell that the album has been tailored for people of all age groups. The songs too, going by the featured artists, will be applicable in almost all registers including church services.

King Kaka has so far released music videos from the album. The released tracks include; 'Umenibariki' featuring Goodluck Gozbert, 'Asante' featuring Kidum, and 'Manifest' featuring Nviiri The Story Teller. The three songs were produced by Sifa and Wuod Omollo.