Catherine Kasavuli will be buried on Saturday evening at Zululu village, Vihiga county. 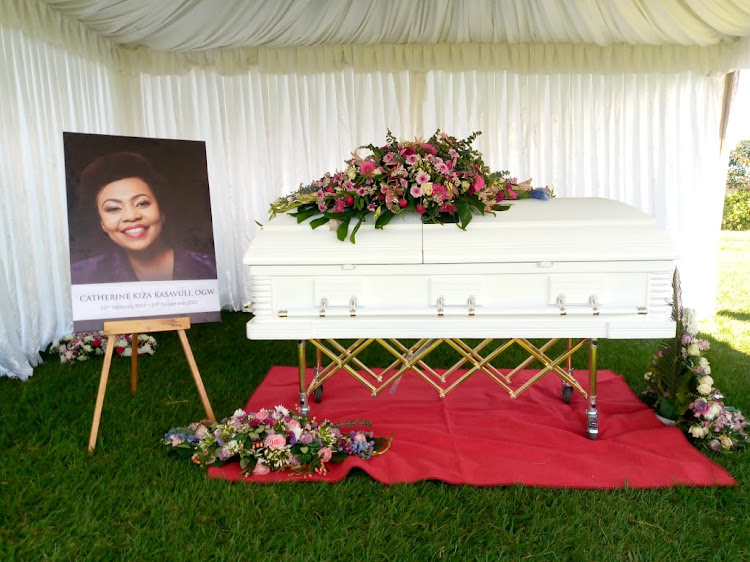 Celebrities, media personalities and national leaders have attended her funeral service at at Nyang'ori secondary  school in Vihiga county.

Among leaders that were there include Prime Cabinet Secretary Musalia Mudavadi, Speaker of the National Assembly Moses Wetangula, Narc Kenya leader Martha Karua.

Media personalities Fred Obachi Machoka, Swale Mdoe are some of the personalities that got a chance to pay their tribute in front of the congragation.

At the funeral service, Martha Karua said despite Catherine fighting cancer for months,  she kept a smile on her face.

She further urged the government to up the game on the war against the cancer pandemic.

"Cancer is treatable and we must work as a team to face off this pandemic," Karua said.