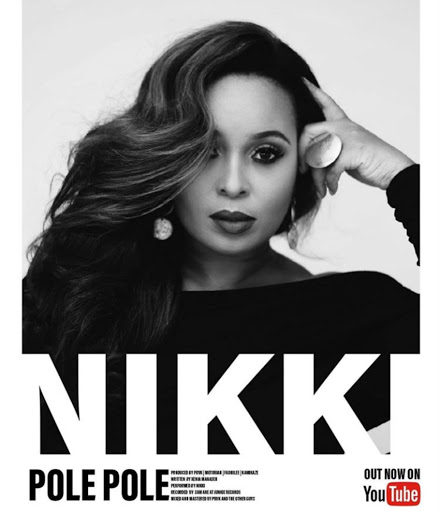 Screenshot_20200610-081402
The beautiful mellow voiced S­heila Mwanyigha is back in the music scene!

Yes this is not a drill y'all!

After taking a long hiatus from music, Sheila is back with a love song, dubbed 'pole pole'

Introducing her new baby to the world, Sheila wrote on Instagram,

“Best. Birthday. Ever.🙌🏽 Thank you for all the love and happy wishes.”

“Thank you for all the love and support you’ve shown me. I’m truly grateful and humbled! I’m counting the minutes to share my first love with you, and it’s such a joy to know you’ve been waiting and rooting for Ms.Nikki.”

Four days after it's release, Sheila who is known for songs like Niwe Wako Milele and Hii Ngoma, is already feeling the love from her fans.
She wrote,
I can't begin to tell you just what #polepole means to me, and from your feedback, this song means something to you too!

After taking a musical break, the mutli talented musician, ventured into media.

She went on to become a midday presenter with Easy FM, before it changed its name to Nation FM

Most recently she hosted AM Live, a breakfast show on NTV, alongside Kobi Kihara.