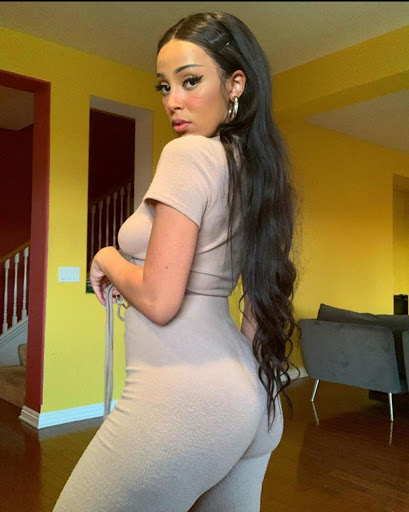 American musician Zandile “Doja Cat” Dlamini has once again denied claims that she is racist and associated with white supremacists, adding that she has been the victim of bullying and body shaming.

The muso, who is the daughter of SA actor and Yizo Yizo star Dumisani Dlamini, was “cancelled” last month after the internet dug up old videos of her using the N-word in chat rooms and making music that was deemed “racially insensitive”.

She apologised for her old songs and for participating in chat room sites, but denied using racist language. She returned to Instagram Live this week to speak on life after the backlash and labelled the incident as “f**king ridiculous”.

She insisted her “friends aren't racist in chat rooms”.

“My friends on Tinychat aren't f**king white supremacists. They love me. I love them. They're loving and that's it!," she said, claiming her critics would not find any dirt on her or them.

She also claimed that she had been body-shamed after the incident and those coming for her were projecting their own self-hate.

Answering the claims that she is “a racist”, Doja told fans last month that she was a proud black woman, with half her lineage in SA.

“I’m a black woman. Half of my family is black from SA and I’m very proud of where I come from.”

Doja had previously come under fire for homophobic slurs on Twitter, which she initially defended but later apologised for.