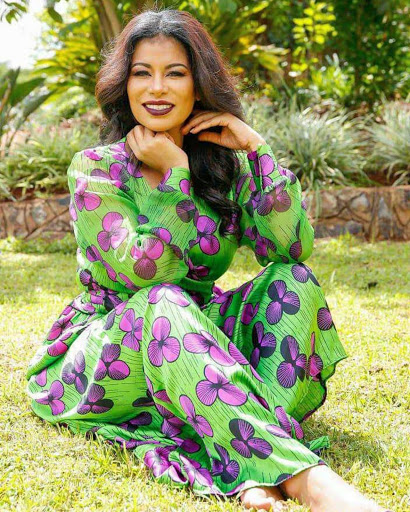 Media personality, Julie Gichuru has once again opened up about the horrid period her and her family went through when they lost their third born.

Sometimes back while responding to questions from the audience during a poetry session, the mother of five Julie opened up and tearfully explaining how her son died.

MY HOUSE HELP WAS FEEDING THE CHILD, HE GOT CHOKED, RUSHED TO THE HOSPITAL, THE DOCTORS MANAGED TO RESUSCITATE HIM, BUT LATER COULD NOT STAND THE AMOUNT OF ADRENALINE INJECTED IN HIS BODY, THE BOY LEFT US.

Taking to her Instagram on Tuesday, Gichuru posted a photo of herself after just joining NTV, many years ago.

On her caption, she revealed that even if it was a big moment for her, she was still hurting after suffering the greatest tragedy of her life.

However, she says she pleaded with God to hold her and her family tight through the agony and He has never let them go.

Back in the day... as part of the new team at NMG - we had just conceptualised and launched NTV.At a personal level I had suffered the greatest tragedy of my life, the loss of our thirdborn. We named him David, and like King David in the Bible we had to find the courage to live on in faith. We pleaded with God to hold us tight through the agony. That faith was everything. He has never let us go.When He holds you tight, even with a broken heart you can smile.In these difficult times, hold on to faith, courage and grace, for it is through these that He holds us close.Stay safe and well 🙏❤