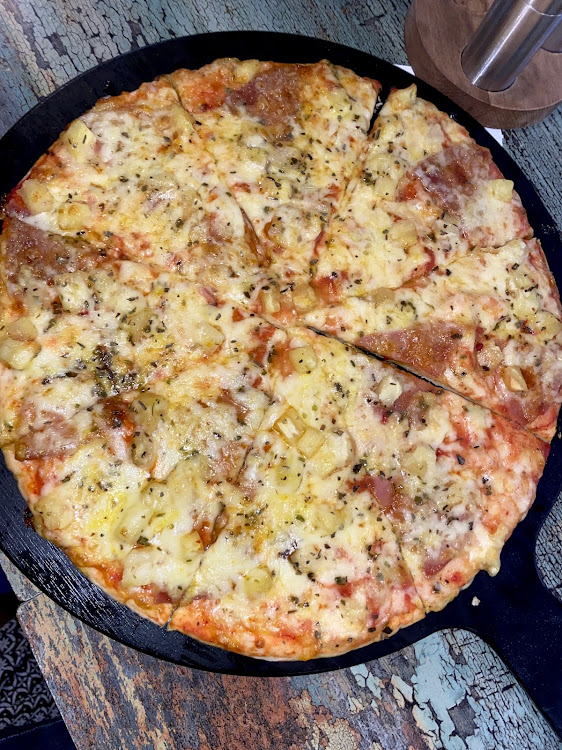 Hawaiian pizza is best known for its sweet and savoury nature.

It's safe to say that it's the most controversial pizza with netizens arguing on a daily whether a fruit deserves any place on the glorious-ness that is pizza or not.

Unlike what some people think, this pizza has no ties to Hawaii at all.

It actually draws its origin from Canada, created by a Greek immigrant.

Traditionally it's topped with fresh ripe pineapples and either bacon or ham. However, the toppings ingredients have become more versatile with time to suit peoples preferences.

Preheat the oven to 260 C degrees.

Lightly brush your baking sheet with olive oil and sprinkle some flour on your pizza pan.

Place the dough on the baking sheet, and push dents into the surface of your dough using your fingers to prevent it from bubbling.

Brush it with some olive oil paying more attention to the edges.

This will not only allow it to have a crispier crust once it's ready but also prevent your toppings from making your pizza soggy.

Spread the pizza sauce evenly on the dough, followed by grated cheese, ham, diced pineapples, bacon and finish off by sprinkling oregano and black pepper on top.

Bake the pizza on the lowest rack in the oven until the crust is golden brown and the cheese has melted nicely all over.

Take the pizza off the oven and serve it hot.

We asked Kenyans to name foods that don't really much their hype and we were shocked to learn that not so many people love Pizza, matoke or even ...
Entertainment
10 months ago