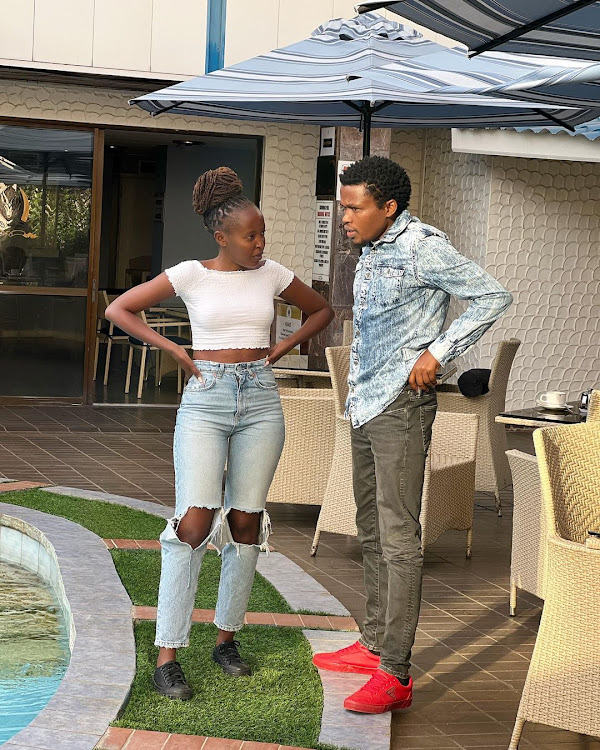 Chipukeezy with Mungai Eve during the interview
Image: Instagram

Chipukeezy was a guest on Mungai Eve's YouTube channel. The comedian spoke about his love life and his ex-girlfriend Kibanja.

"Who am I with or not? It's unnecessary. Just because you're famous doesn't mean you should show it. You can be with someone today and not tomorrow."

He explained he wanted the women he was dating to enjoy the experience without the social media pressures that come with it.

"I want to be with someone and that she enjoys herself and not have the pressure that comes through social media. I have done it in the past and it's a lesson I have learnt."

He noted that he would even keep the day he got married a secret saying that he "wouldn't let anyone know."

What had made him change his perspective since his very public relationship with "socialite" Kibanja, Mungai asked?

"First off, she isn't a socialite," Chipu denied.

He then went on to explain that his new stance was based on the lessons he had learnt over the years.

He concluded by saying that he didn't want that lifestyle anymore. He opined that being on the screen could be very damaging to the people he was dating, their families, and his too.

He clarified that that didn't mean he didn't have female friends. "I meet with my friends privately and we engage privately," he told Mungai.

"Do you still talk to Kibanja?" Mungai boldly asked. This was the only question that visibly got a rise from the comedian who refused to speak on it saying,

"I don't like talking about someone who isn't here. she has an online business, you can support her. It's no one's business whether I talk to her or not."