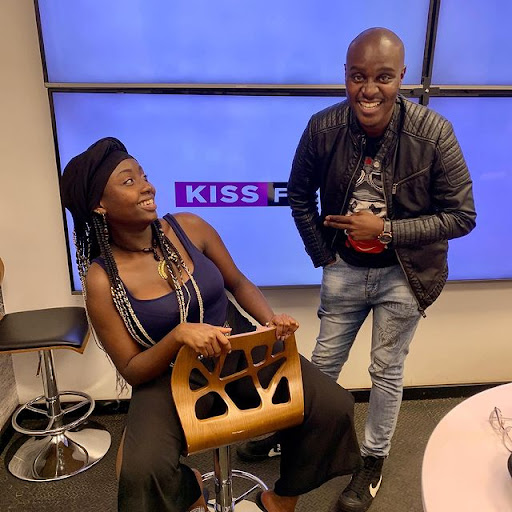 Driving us home on this amazing Tuesday, Chito and Cyd got into the case of Calvin the gentleman who caught the attention of the country after he was arrested of  shoplifting.

People felt pity on him considering his humble background and the tough economic crisis.

However, Calvin seems to not have learnt anything from his previous offences.

" Remember the fellow who stole from the supermarket, then we all felt sorry for him, there was a public plea, he went to prison, Sonko bailed him out, they threw away the case, Guess what the guy went and stole again!" Chito said in astonishment.

Chito could not believe even after people had contributed money for him that he still went back to steal.

Cyd added, "even after the news... you know they did it in that sad documentary style, it is the state of the economy poor guy, poor guy. "

Chito cut her short reminding her that there is no state economy for the guy as he might be a kleptomaniac.

Chito asked Cyd to role play with him, " let us pretend we are therapists and try and deduce the whole crazy around this, because how do you go back to the same place?"

"First of all for me, huyu akona ujinga, ni fala how do you go back to the same place?" Chito quipped as the two co-hosts started making fun of his stealing skills.

Calvin Linus Chivondo, was bailed out by Mike Sonko after he was arrested for shoplifting foodstuffs at Naivas supermarket along Moi Avenue earlier this year.

He had been sentenced to either an year in prison or pay a fine of  Ksh.  100, 000 after he pled guilty to the charges.

Sonko went ahead to offer him a job and Kenyans contributed to him as well.

Media personality YY did shopping for the young man and gave him money as well.

Calvin promised to turn over a new life and do better, however less than a month after his case Calvin was nabbed again trying to shoplift at a different Naivas branch.

However, that was not the first time that Calvin had been arrested over shoplifting. According to the magistrate who was handling his case last month, Calvin is a repeat offender.

Following his recent arrest, the magistrate hearing the case asked for Calvin to undergo a mental assessment test.

According to the source, the Bongo musician was forced to refund close to Sh 800,000 owed to club promoters from clubs he was expected to perform ...
Entertainment
2 months ago

Kenyans on hustles that honed their entrepreneurial skills in high school

From selling avocados which were a rare commodity to hawking pens, postal stamps to selling mandazi at a fair price, these were some of the hustles ...
Entertainment
5 months ago
WATCH: For the latest videos on entertainment stories