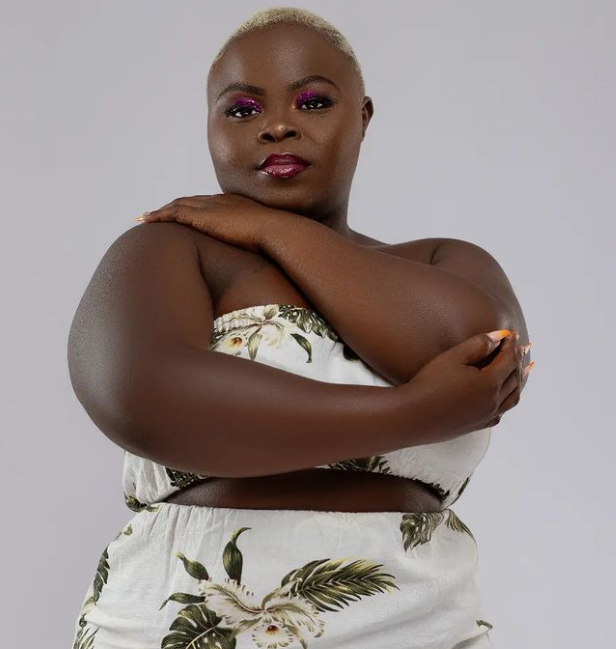 Content creator Pritty Vishy has come online to turn down the advances of a young man who made rounds online claiming that he loves her.

On a phone call with Nicholas Kioki, Vishy not only turned the man down but also bashed him for wasting her time hinting that she knows the guy was trying to get attention using her.

"Mimi I am not ready for this stupidity. If he does not have a job let him go look for one.

Other men are out there hustling and you're there idling at archives. I do not have much to tell you because I know what you are trying to do..." Vishy said.

Have a good day and bye. I just do not like."

"Mwambie basi asikie (tell him personally he is listening)" Kioko told Vishy over the phone.

And Vishy went ahead to confirm she was in no way interested in the guy, "Listen bro, I do not like you." The 20-year-old said firmly.

Vishy also posted on her socials talking about how she can not date a guy who is not driving.

The young man identified as Eddy Msama who lives in Thika caused a stir online after he was spotted holding a placard confessing his undying love for Pritty Vishy.

The card read, " I am tired waiting for you Pritty Vishy. I love you so much babe. Come and take my heart. Eddy loves you," followed by his phone number.

He claims that he has been seeing her on social media and has a huge crush on Vishy so he decided to try and shoot his short with the banner idea to try and get her attention.

The man said Vishy denying his love has truly hurt him as he lost his job due to claiming his love for her in the streets.

It was not a romantic relationship. I never agreed to stay with him till marriage.
Trending
1 month ago

Men have been firmly saying that they would rather stay single than marry a woman, who after a couple of years, will eventually file for a divorce.
Entertainment
1 month ago
WATCH: For the latest videos on entertainment stories