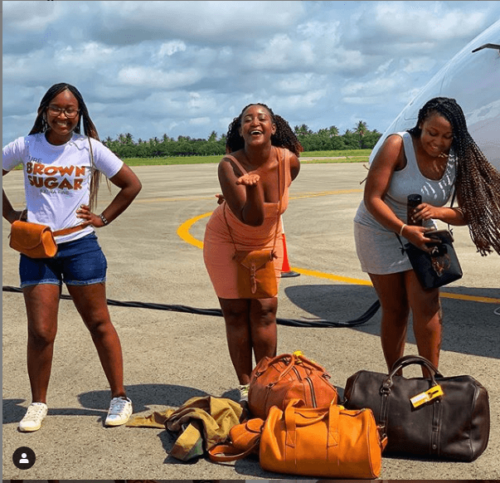 Hello Kenya and the world at large I hope you guys are ready because media personality Betty Kyallo and her two sisters announced a new juicy show for your entertainment.

Betty announced on her Instagram that together with her sisters Gloria Kyallo and Mercy Kyallo they would be dropping a reality show dubbed Kyallo Kulture.

The 13-part  series show is set to revolve around their personal and business lives showcasing their sisterhood and hustles in life and it is set to air on Showmax from the 17th of June.

On her Instagram page while unveiling the news Betty wrote, " finally! Oh my super super excited for our reality TV show with my beautiful sisters. The drama,  love, hustle, and sisterhood will be the best thing on Kenyan television."

"Gloria, Mercy, and Betty represent the urban Kenyan woman. They’re hard-working entrepreneurs, they like to have fun, and they are not in any way held back by what society thinks of them. They’re strong and unapologetic. These are the things that attracted our production company, D&R Studios, to them."

While Betty is the most popular of the three sisters, for Eugene, each one of them brings something unique to Kyallo Kulture that the audience will love.

"Each sister will share a key life story that they've never opened up about before," he said.

"These stories are very personal to them, and have made them who they are today, from Betty’s childhood accident to Mercy’s IVF experience to Gloria’s childhood growing up without a father and so much more," Eugene added.

The idea for the show was conceived in 2021 after Eugene met the Kyallo sisters but they “needed a bit of convincing” as Eugene puts it, to buy into it.

Eugene, is one of the most sought-after documentary-reality filmmakers in Kenya. He is the creative behind some of Kenya’s biggest documentary and reality shows among them Showmax favourites like the 2021 Kalasha nominee Sol Family, and 2022 Africa Magic Viewers Choice (AMVCA) nominee This Love just to mention but a few.

His shows, Sol Family and This Love were among the ten most-watched shows on Showmax in Kenya in 2020 and 2021 respectively.

Eugene said what sets  Kyallo Kulture apart is the fact that it's led by an all-female lead cast.

it came a point where each had a different goal forcing them to separate.
Entertainment
2 months ago

Betty Kyallo disclosed the fact that she is sill close to all her ex-boyfriends.
Entertainment
3 months ago
WATCH: For the latest videos on entertainment stories