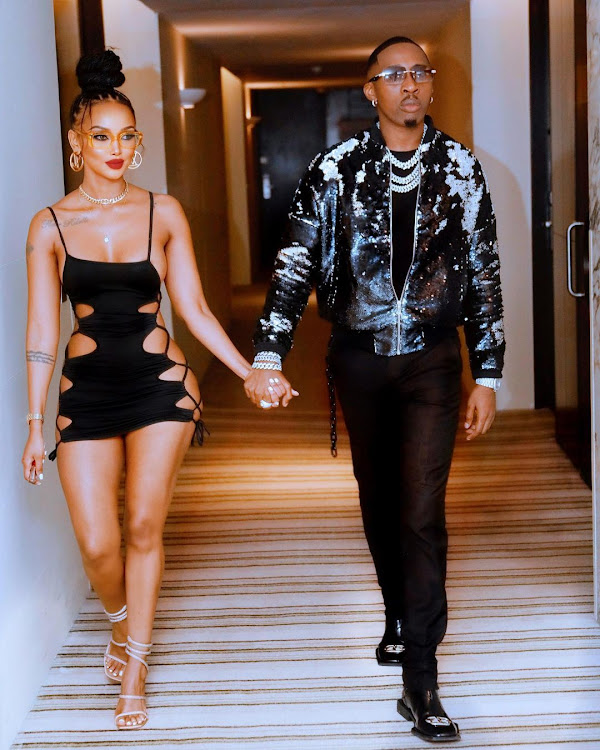 Juma Jux with Huddah Monroe in a past event

Tanzanian gossip king, Juma Lokole, has claimed that Juma Jux has been dumped by his girlfriend because of Kenyan socialite Huddah Monroe.

Speaking while appearing on Wasafi Media on Monday, June 6th, Lokole alleged that his girlfriend packed her bags after Juma took Huddah to his home where she has been living with the singer.

He said this to Diva the Bawse an employee of Diamond's.

"Remember that girl Jux has been living within his lavish mansion. Let me refresh your memory. Juma Jux has been living with a girl, and I know because we go to the same gym. So during this year's Valentine, Jux had a huge surprise for a girl he kept gushing about. A dark-skinned girl with beautiful legs. Have you seen how beautiful she is? And that girl resembles Vanessa Mdee because even during that time, Jux shared pictures and we all thought it was Vanessa."

According to Lokole, Jux had convinced the girlfriend that his relationship with Huddah was strictly business, even telling her that Huddah will appear in his music video.

"Jux amezama kwenye wimbi wa mahaba-he is immersed in a wave of love."

Apparently, Jux unsuccessfully tried to get rid of her before Huddahs arrival in Tanzania but she wouldn't budge, and refused to leave.

"Since their first song, Jux has been seeing Huddah. He told Huddah to come to Tanzania. So Jux tried to break up with his girlfriend mimi na wewe kafanya bweka ya kila aina' - do all kinds of good things but she told Jux she is not leaving his house," Lokole claimed.

Lokole's claims contradict what Jux and Huddah have said about each other numerous times in the past.

While in Kenya early this year, Jux came to Classic 105 studios where he told Maina Kageni that he and Huddah are just friends.

And on Monday, June 6th, Huddah told Tanzanian media Rickmedia that she and Juma were just friends. She insisted she has another man she is dating in Tanzania and would be getting married soon.

'I wanna be in bed with you,' Huddah tells Juma Jux

Huddah Monroe is in Tanzania at the moment visiting Juma Jux
Trending
6 months ago
WATCH: For the latest videos on entertainment stories