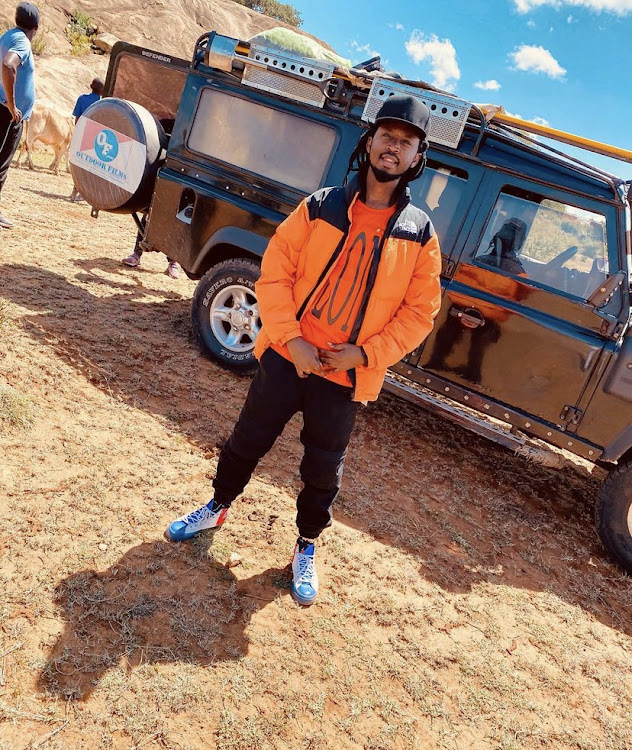 Kenya to the world!

Kenyan producer Motif Di Don has the internet going crazy after he got featured in America's rapper/ producer Dj Khaled's promo video for his upcoming album.

People have been speculating all sorts of scenarios but we are here to serve you with all the deets. We have tea hot and ready for your delight.

In an interview with Mpasho's Kalondu Musyimi Motif revealed that he was contracted to feature in the promo and hinted that the two of them have something in the pot cooking.

On how he got acquainted with Khaled Motif said, "there are people I’m working with… so through those people, we are going to be under the same record label.

But in short, we met through links and well he knows my work as well. So the management (Khaled's) felt it was a good time and I was the right person to represent Africa.”

On whether he had been signed directly to any label he said things were being sorted and very soon he would be signed. “I'm not under a label yet but things are in the works. I don’t want to talk about it right now because things are not yet official but soon."

He however added  “ I’ve talked with Khalid directly on Instagram I’m just not a person who likes to brag otherwise I’d have posted screenshots of our conversation but I find that dumb.”

Below is the promo video of Khaled's upcoming album dubbed " God Did" which features different ethnic groups  from across the globe.

He went ahead to add that he had something really hot in the works that he had been preparing for a while now and could not wait for the right time to share with the world.

“ There is an album coming soon though featuring so many big names…. I was looking for the right team to release the album with not just releasing it without form like most people do.” Motif said.

Motif clearly a man of honor admitted that he and Khaled were just getting acquainted and he really could not talk about his character.

"I wouldn’t really speak much about his character or lie that we are friends. We’ve been talking about music and work so I really don’t know if he’s snobby or not" Motif said.

Before clarifying that he is not in the " God Did" album but would be working with Khaled in future projects. " I’m not in this album but I’ll be doing things with him in the future. I’ll be involved with his future music however as we'll be in the same team."

He finished off by explaining that they loved his work thus thought he'd be perfect for the feature, "They listened to my work and loved it, acknowledged that I stand out and I’m the right person to work with."

Song is off his upcoming EP
Entertainment
4 months ago

Joefess: Gengetone has grown from hype to a profitable business

The Mbuzi Gang rapper said he is impressed by the strides being taken by Gengetone artists, producers and every key players to help propel the ...
Entertainment
5 months ago

You and I feel that there are talented Kenyan artists who have worked extremely hard to put their projects out there but end up not getting the right ...
Entertainment
2 months ago
WATCH: For the latest videos on entertainment stories