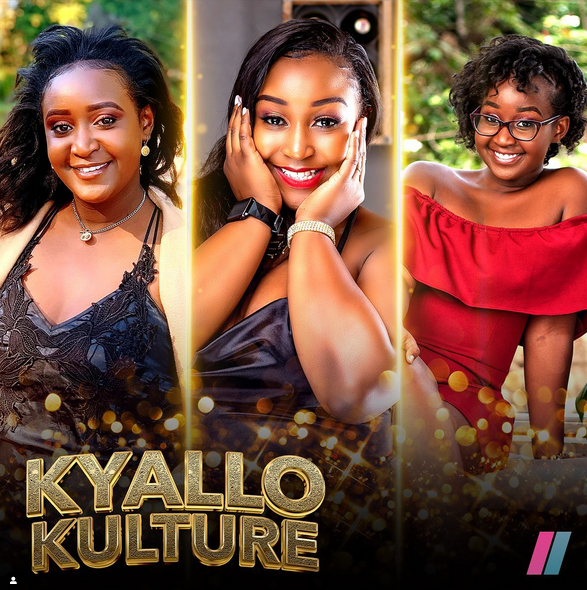 Betty Kyallo's younger sister Mercy Kyallo just brought back the bottled can of worms that saw her elder sister have a fallout with her once trusted bestie Susan Kaittany.

I knew Kyallo Kulture would come with drama but I was not expecting tea this hot, with sweetener and creamer as well! Wueh

Mercy claims that Posh Palace was Betty's baby and Susan was just a partner. Actually Mercy maintains that she was there when Betty pitched the idea to Susan.

In her own words Mercy said, " I knew Posh Palace was Betty's idea, her very first baby and she shared it with Susan when I was there."

Her statement was in collaboration with what her sister has always maintained, that she was not just a celebrity influencer for the high-end beauty salon/spa located at the heart of the affluent Kilimani area of Nairobi County.

Betty speaking on the subject claimed that she birthed the idea of Posh Palace ages ago while she was still anchoring news at KTN. She added that betrayal is what ruined not only her partnership but her friendship with Susan as well.

" Susan was more like a sister to me. More than Mercy and Gloria at the time. And after like 3 years of a very good friendship, there was a very big betrayal that I never thought would ever happen to me," Betty Said.

Well according to her small sister, Betty and Mercy were constantly quarrelling which led the Posh Palace environment turning toxic for both of them.

And when it finally became unbearable Betty packed up, left the partnership and started her own beauty Salon, Flair by Betty.

" I have a freaking big brain, when I leave, I never look back and I was like... I'm going to be okay," Betty explained the thoughts going through her back then when she decided to say goodbye to both the friendship and partnership.

Well it seems a big brain is not the only thing Betty has, the media personality also has a big bag of petty cards waiting for attack!

Not only did she move out with almost all the employees at Posh Palace but she also went right ahead and opened Flair by Betty right opposite Posh Palace!

Well she did relocate later to a different location, still in KIlimani later on but that was crazy on some other level!

Susan clearly unbothered went on running Posh Palace and in 2021 she launched a luxury fragrance store dubbed Polished by Posh Palace and has expanded to owning a beauty store as well.

Kenyans are however not having it with some claiming the sisters are just clout chasing to give their show numbers.

@flaviachege: Everyone knows Susan owns Posh Palace, she should move on

@nairobi.diaries: they are looking for unnecessary story line for their show with things we got done with 20 years ago. Let them look for a recent story that has nothing to do with bringing another woman down

@skin_accesories2021: no wonder she is copying everything Posh Palace does. Her sisters are just too low, who doesn't know them? Stop clout chasing mama

For Betty, being an influencer and an entrepreneur, those accounts are her bread and butter
Entertainment
7 months ago

it came a point where each had a different goal forcing them to separate.
Entertainment
7 months ago

Betty Kyallo disclosed the fact that she is sill close to all her ex-boyfriends.
Entertainment
8 months ago
WATCH: For the latest videos on entertainment stories