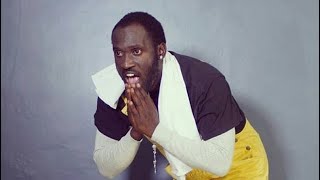 Like no, if you think you have ever choma'd I doubt you have gotten to his level and well if after reading this story you do realize that you actually have, I'm sorry at least now you know you're not alone.

The funny guy on a segment of Mwafreeqa's 'Iko nini' podcast opened up about one of his most embarrassing moments where he accidentally sent a valentines day sweet lovey dovey text message to his dad's friend instead of his then girlfriend.

I would practically just change my name and move to a small village in Kazakhstan and just become a sheep farmer or something. That is worse than drunk calling your ex!

Shiti started off by highlighting the challenges he faced growing up in an era where mobile phones weren't as easily available as they are today.

Lol, just remembered when people used to refer to smart phones as touch screens, and right now like everyone owns an IOS, literally dying of laughter..

"There were times that I did not have a phone, things were hard but my dad had a 'kabambe' phone." Shiti started off his narration.

"So it was Valentine's day and everyone was sending their girlfriends love messages. So I borrowed my father's phone so I could send my girlfriend a sweet Valentine's text message but apparently the message did not go to my significant other it went to my dad's friend phone." Dj Shiti revealed before bursting into laughter.

He went on to talk about the drama that ensued from there as his dads friend called his dad quite upset about the odd message.

" He called my dad and was like, hello Mr. Richard what is this message you have sent me? But my dad was oblivious so he asked if it was about a scheduled meeting that the men were going to have." Shiti added as the host of the podcast burst into laughter.

However, the dad's friend identified as Mzee Oyengo who was still quite furious highlighted to Shiti's dad some of the texts that were entailed in the message.

The message read, "I wish I could hold you tight tonight, squeeze you in my arms. Dad was quick to point out that I had borrowed his phone to send his girlfriend  a message as he apologized to Mr. Oyengo"

Shiti pointed out that luckily he was grown so his dad did not beat him up.

I'm just trying to think of the girlfriend quite furious or crying thinking how her boyfriend does not love her as he did not wish her a happy valentines whole time Mr. Oyengo got her message and the guy is handling drama at home.

Told you all it was the epitome of cringe.

Ever cried over love? Kenyans open up

For the kings who have served it, you wouldn't know how it feels until their friends start calling you out or accusing you for heartbreaking their ...
Entertainment
2 months ago

Why Iyanii was dumped on valentine’s day

Iyanii talked about his past relationship and why he hates valentine’s day.
Entertainment
5 months ago

ladies are supposed to be the only receivers of gifts for valentine's day.
Entertainment
5 months ago
WATCH: For the latest videos on entertainment stories