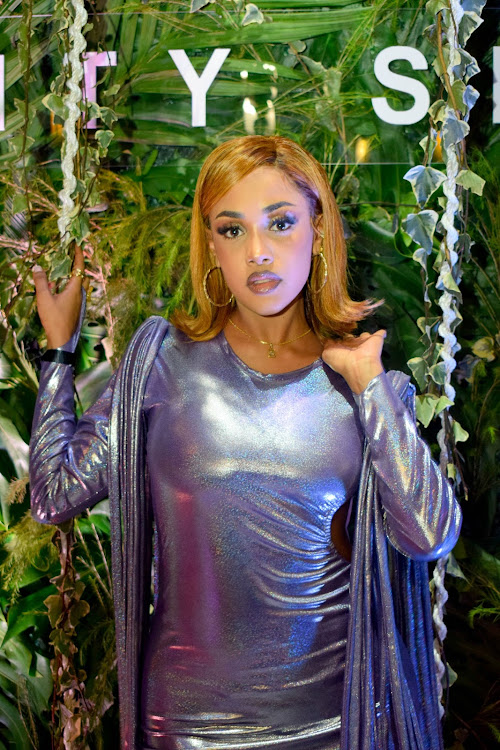 The gorgeous 27-year-old while playing a round of quickfire with the hosts served Chito and Cyd some tea about her life.

Chito started light by asking Tanasha how it was going with her mom, " I know you were really looking forward to your mom meeting your kid, has she finally come?"

To which the songstress shockingly revealed that her mom has not met her grandson till now.

"Imagine she has never met my son. Everything happened... covid happened... life happened, you know how life can just happen but finally, he's going to meet her."

She however went on to add that the meet-up was finally happening in a matter of time, "in like a matter of a couple of weeks they are going to meet and I'm super excited. You know he's almost 3 actually, he's two and a half and it's going to be so exciting.

But they've been video calling and they're close and keep in touch but now they're going to get to actually bond on a personal level."

Chito who seemed equally surprised with the story added that it was nice to see that Tanasha had found a way for his son and the mom to have some sort of grand ma-grand son type of relationship.

Interestingly enough Tanasha added that her grandma is around now so the baby's great grandma gets to hang out with the baby as well.

And there is no way we can talk about the baby and not ask about his superstar and quite controversial dad.

Chito who thank heavens was quite as curious as all of us wanted to know how it is having one of Bongo flavour's biggest names, the talented Diamond Platinumz as a baby daddy.

"You and Diamond are co-parenting how is it going?"  Chito asked.

"Honestly not bad... I mean he's trying... he's you know...he is trying to be a good dad so I have to give him credit for that," Tanasha calmly said.

A month ago Diamond was in the country and took time off his schedule to hang out with his son, Naseeb Junior.

The 'kwangwaru' hit-maker looked like the consummate dad as he sat on the floor engaging his son as the two played with toys.

Tanasha was in Paris, France at the moment caught the attention of most as she welcomed her baby daddy into the country.

Signifying that the two actually do have a cordial relationship.

Tanasha finished off by revealing that she does not mind answering a few personal questions about her life as she is in the limelight but she hates it when blogs ask her about fake news or stories that have no receipts.

Diamond also asked fans to stop dictating the time he should get married
Entertainment
3 months ago
WATCH: For the latest videos on entertainment stories