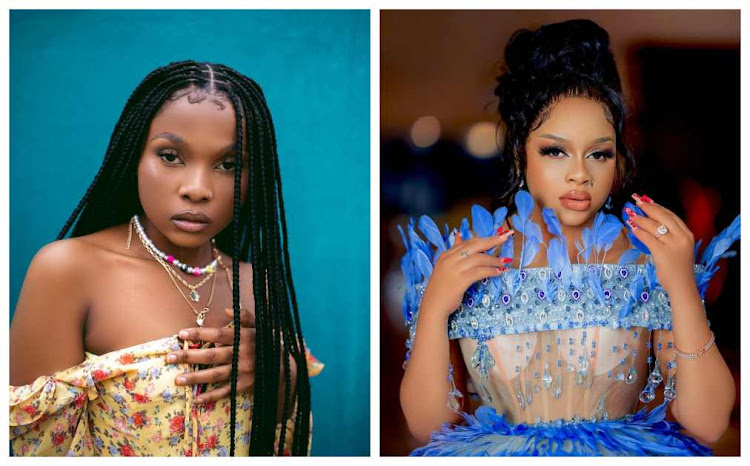 Newlywed Tanzanian songstress Nandy has come out a day later to rubbish claims that she tried paying Tanzanian radio presenter Mwijaku 1.8 million Tanzanian shillings so that he would attack fellow artist Zuchu on air.

All this, was just because Zuchu had turned down an alcohol endorsement deal which was later on passed down to Nandy.

In a post with the leaked audios and trending story Nandy left a rather ambiguous comment on the clip seemingly brushing off the claims.

Hinting that the attack was just a witch hunt.

However, backing up the leaked audios was Mwijaku, himself who came out to the public with claims that Nandy was ready to pay him approximately Sh91,000 for the job.

Nandy in an interview with Bongo media, still refuting claims of having been jealous of the melodious Zuchu or trying to throw dirt on her name said she did not wish to address the audio clips circulating.

Pointing out that she is used to online attacks but has learned to focus on just the positive things.

"Right now, let us just focus on my music. I have been attacked so much online and I rarely respond to my haters. I don't want to speak about those clips since it will not help anyone at all," she said.

Before adding that she has never harbored ill intentions for anyone. She also revealed that she had talked with Mwijaku and was truly disappointed in him as the two are friends.

"I will allow it to pass like the other fake allegations. I have a true love for everyone and I have never had intentions to do bad things to anyone. We should support each other.

Mwijaku and I have been friends but I have told him that karma will catch up with him. If what he did is right for him, it is okay but I will not explain to anyone about such things."

Nandy recognized Rayvanny as an artist that has great talent and potential as she wished him all the best on his next milestone.
Entertainment
4 months ago

Rumours have had it that Zuchu and Diamond Platnumz's mother don't see eye to eye
Entertainment
4 months ago
WATCH: For the latest videos on entertainment stories