Britney and Madonna's kiss is being auctioned as an NFT 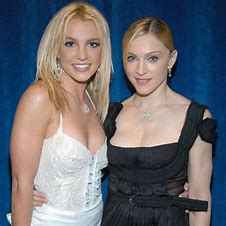 How much is a kiss really worth? Priceless you'd be compelled to answer. Well wrong, the famous shot of Madonna kissing Britney Spears on stage during the 2003 MTV Video Music Awards will soon give as an answer to that question.

The infamous kiss will finally have a new owner in the digital world as it is being auctioned off as an NFT.

For those unfamiliar with the term, NFT in full is Non-fungible token. These are pieces of digital content linked to the block chain and can not be replaced nor exchanged with another identical one.

The original photograph of the iconic kiss was taken by Hollywood photographer, John Shearer, who is now venturing into the NFT space with Cryptograph to sell his one-of-a-kind, perfectly captured moment while raising money for a good cause.

John has put up the Britney/Madonna kiss up for auctioning and it will be sold to and rights of the photo given to the highest bidder.

A portion of the proceeds from the auction which is set to begin on the morning of October 7 and then run for 72 hours will go to benefiting GLAAD.

I know not most of you recall this so a little insightful flashback.

The 2003 VMAs opened with Britney popping out of a wedding cake dressed as a sexy bride before being joined on stage by fellow artist Christina Aguilera, who was also rocking a wedding dress, and finally the Material Girl herself, Madonna.

At the end of their performance of "Like a Virgin" and "Hollywood," Madonna locked lips with both Britney Spears and Aguilera though her kiss with Britney got more publicity.

Now, someone can own the piece of music history via NFT but it won't come cheap.

The two musical icons are still friends and two days ago Britney was over the moon as she wished Madonna a happy birthday. And earlier this year, in June Madonna was among the very few people who were invited to Britney's wedding