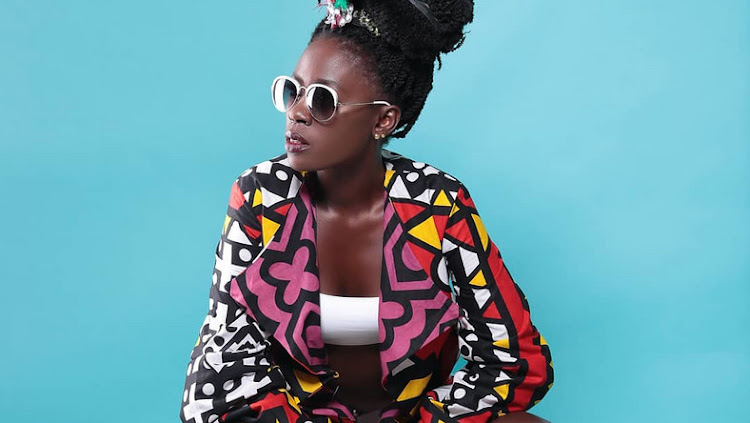 Kenyan entrepreneur/ singer Akothee has revealed that the recent altercation she had with one of her baby daddy's was all her doing.

The vocal mother of five took to social media to open up about how she misbehaved resulting in a clash with one of her baby daddies at a train station in Basel, Switzerland.

Recounting how she clashed with her baby daddy over the custody of their son, Ojwang, Akothee said she had apparently planned with her favourite baby daddy, Wuon Oyoo to take Ojwang with her, only for the child's father to deny her the chance to take the kid out of the country.

Akothee said, "today in the history of my co-parenting I misbehaved. I didn't have the energy to say hello to my baby daddy in Basel.

For sure he wasn't expecting me at the train station, this we organized with my favourite baby daddy Wuon Oyoo, who is waiting for us on the other side of Paris."

She went on to add, "we had all arranged how we divide the holidays so that all of us three (dad papa and me) get to enjoy the kids in the summertime,"

The entrepreneur recounted that she came with humility, hoping to have more time with the children, only to be turned back. "My time with the kids was messed up by the many camping trips they had and with the disorganized tours I had.

I had to cancel most of them to be with my kids.

Now coming back to beg for papa for some time with the kids since I had all the time, it became a tug of war.

In as much as I came with my tail coiled, I just asked niliomba kwa hisani. I asked this gentleman to allow me to have the kids just for two or three days within his two weeks since Bern and Basel is only 1 hour.

Buda refused and said to wait for them from the 18th when it is my time."

Akothee finished off by saying being turned down did hurt her deeply especially because her baby daddy didn't even want to listen to her.

"He said, you can have them from the 18th when they go back to France. Ooh that did hurt badly. I broke down for a few hours, then collected myself concentrated on my holidays.I have a tough life off cameras" She finished off

Akothee recently revealed that she had split up from nelly Oaks
Trending
3 months ago
WATCH: For the latest videos on entertainment stories