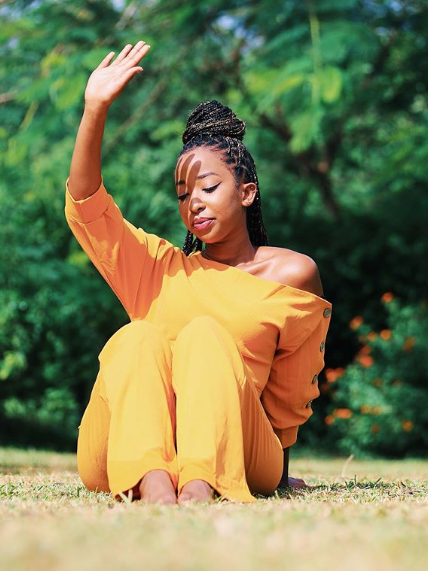 Kenyan lifestyle and travel content creator Natalie Tewa through a 'tell all' on her Youtube channel just revealed that she would forgive her husband if he cheated on her.

The 28-year-old however put up a disclaimer saying that there were some things she would consider before offering forgiveness.

And the Huddah Monroe nation keeps on growing!

Speaking on the issue Natalie said the status of their relationship would determine the forgiveness.
The travel enthusiast said,  "it depends if he is the love of my life and he cheated I would consider it. But if it is a boyfriend I wouldn't forgive. But if it's someone who looks like they can cheat again or if they refuse to cut communications with the person I wouldn't forgive."

In the video Natalie confirmed she is currently dating but added she is not yet ready to reveal her man's identity.

She clarified that she was not yet engaged adding that she wears the engagement to put off men.

"I wear an engagement ring but it is for aesthetic purposes.

On where she got the ring she said, "I was working with a jewelry company and they told me to pick whatever I wanted and I took an engagement ring."

Natalie says she looks forward to being a mum and to starting her own family.

Natalie's love life has sorta been in the public eye from years ago when she used to date fellow content creator Moses Rnazze.

The two had a very nasty breakup that was all over social media as they were one of those 'couple goals' type of Instagram couples.

After the split Natalie was rumored to be dating a popular and flashy Coastal  politician. Her trip documents leaked online cementing the rumor and the big spill saw her take a social media break for almost an year.

'Hit it and quit it,' Huddah's philosophy on cheating

Huddah advised that when you cheat on your spouse don't exchange numbers with the side piece, hit it and move on
Trending
1 month ago

Kamene: 'A cheater is a cheater'

For self preservation purposes Obinna and Kamene encouraged their listeners not to ever lower themselves to the levels of calling the side piece ...
Entertainment
5 months ago

Obinna: Why men find it hard to forgive the cheating partner

females don’t deserve a second chance since they will just repeat their mistakes over and over.
Entertainment
6 months ago
WATCH: For the latest videos on entertainment stories