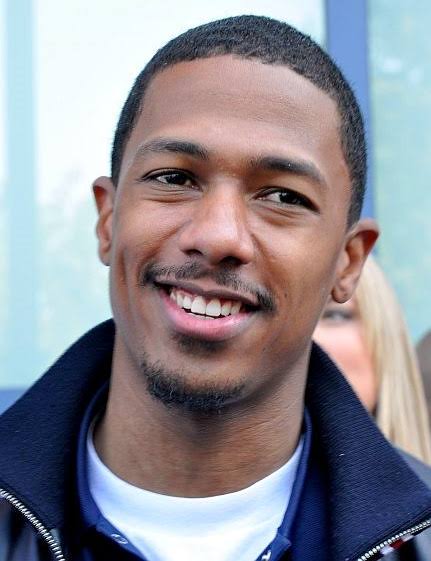 In a very sensual and cute baby bump photoshoot the TV host broke the news alongside, ex-girlfriend (and already established baby mama) Brittany Bell who's carrying his new kid.

In the shoot Brittany is bare-chested for some parts of the video with Nick in the frame being all cute.

He embraces her and even cradles her belly at certain points. There's more footage that shows them wearing matching outfits and hanging out at home with their kids.

Nick captioned the video "Time Stopped and This Happened," and tagged Brittany while adding the hashtags #Sunshin and #SonRISE hinting that they're expecting a baby boy.

The news comes in just three months after Nick revealed he is considering undergoing a vasectomy.

The 41-year-old Hollywood sensation said he had been to the hospital for a 'vasectomy consultation,' and in his own words added, " ain't looking to populate the earth completely."

Speaking to E! News, the former Wild n Out host said that after fathering eight children with four different women and expecting his eighth child with his current girlfriend, model, and YouTuber, Bre Tiesi he was seriously thinking about tapping out.

Nick has a set of 11-year-old twins with RnB singer, Mariah Carey, and a 5-year-old child with actress and social media personality Alyssa Scott.

He has another set of 9-month-old twins with celebrity and entrepreneur Dj Abby De La Rosa and another 17-month-old child with model and dancer, Brittany Bell.

Yeah... definitely seeing a pattern with all his baby mamas. He sure does know how to pick them.

Earlier this year, 'America's father Abraham' announced that he was expecting a baby with his girlfriend. Bringing his total offspring to eight.

They would have been nine as Nick had another child with Scott who sadly passed away at only 5 months due to brain cancer.

This is however not the first time that Nick has announced he would be taking a break from procreating.

Following the birth of his late son, Zen the comedian announced that he would be taking a break from having kids.

"My therapist says I should be celibate,"  the former America's got talent host revealed.

Yeah so much for celibacy.

Kamene, Obinna react to Diana asking Bahati to get vasectomy

While discussing vasectomy as an option, Obinna further revealed that he once considered undergoing the procedure before he changed his mind.
Entertainment
6 months ago

Following the allegations wrote a public apology to his wife, Annie Idibia, for hurting her for the umpteenth time
Trending
1 month ago

Wizkid and Jada welcomed their first child (Wizkid's third child) Zion in 2017
Entertainment
1 month ago
WATCH: For the latest videos on entertainment stories