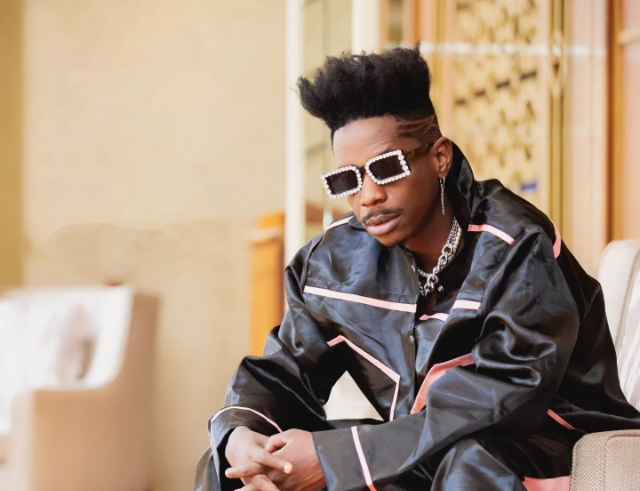 Self-appointed king of comedy Eric Omondi has promised the country that on the first of September he'll be changing the entertainment industry in Kenya once and for all.

The entertainer has not released any details as to whether he's hosting a show or chaining himself to a building again all we know is that he has promised a takeover.

Over the past couple of days, Eric has released several videos hyping up the 1st of September and chest-thumping claiming that he's bringing much-needed change that the industry has been starved of.

The 35-year-old has dubbed the upcoming Thursday, September 1st event as "Action Time", and well today he released an elaborate and funny action movie skit to promo the occasion.

The skit is an action like a video that portrays him as an indestructible macho soldier.

In a video, before the skit, he is heard saying, "as I promised you, Thursday will be a historic day, and I never disappoint. This Thursday, the entertainment industry in Kenya will never be the same again. Enough talk, enough begging it's time for action. Tarehe moja Septemba, everything changes ACTION TIME!"

Fans have mixed reactions ranging from confusion ( as to the lack of details such as tickets/location) to excitement as people are eager to see what the comedian will pull out of his sleeves this time round.

One of the first people to react to his post was Kenya's lyrical genius Khaligraph Jones who occasionally seems to be at loggerheads with the comedian.

5 days ago Eric posted another video captioning it, " ENOUGH is ENOUGH!!! Enough Talking, Enough begging of Artists!!! Enough of trying to fix Entertainment!!! ITS TIME!!!! Next Thursday 1st SEPTEMBER we offer SOLUTIONS!!! Kenyan Entertainment will REGAIN its Glory and its PLACE!!! SEPTEMBER 1ST!!!!"

Below are a few comments from netizens:

rayalfred7: why are you talking about it much and you've said enough talk, action time

Manu_lijo: you're going to protest with only 5 people at the state house

p_james: just hope it's not tying yourself to a parliament stunt but the real action

5 musicians who failed to impress at their concerts

after months of waiting and paying huge sums of money, the said musicians have not lived up to the hype
Trending
2 months ago

Eric Omondi asked Chantal's estranged boyfriend Nicola to present himself to the police
Entertainment
3 months ago
WATCH: For the latest videos on entertainment stories