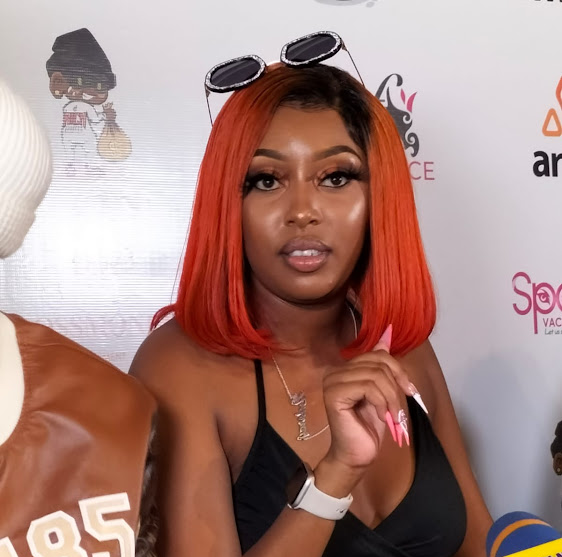 It appears like, relationships have turned our favorite soft life ambassador Amber Ray into a motivational speaker.

At this rate, character development should be added to the list of 'deadly illnesses, and those 'suffering' from it be granted sick leaves and at least some motivational cash.

The budding entrepreneur took to her social media page to advise people to learn how not to get too attached to the other person whenever they are in love.

She says lovers should enjoy the moment keeping in mind that they might break up.

Amber emphasized on the importance of savoring the moment but also not letting the relationship consume you to a point of making it difficult to move on afterward.

"I hate the advice that we shouldn’t get excited over a man too quickly. Girl, be excited. If you get disappointed, feel it and bounce back," wrote the 29-year-old.

She went on to add, " excitement and fun are the main points on why we are dating, we can’t keep diluting ourselves. Be excited without attachment because blocking the emotions is not emotional maturity."

The entrepreneur, who has had her dating life always under the public eye is currently single after confirming her split with businessman Kennedy Radupo.

Amber Ray revealed that she had ended her affair with Rapudo through her Insta-stories during a Q&A session with her fans.

A fan asked if she was still in a romantic relationship with Rapudo.

She sought to clarify that she was tired of pretending and that her fans should not confuse her for a joker in reference to her breakup. .

"I know mahali imefika, I might look like a joker but manze, I don't know how to pretend. If it's not working, it is not working. So munipende tu vile niko,(Just love me the way I am)."  Amber wrote.

Another netizen asked her to give relationships a rest at this point writing, '" seems like love is not your thing Mama Gavin." But Amber was not having it. She replied by saying that she loves love and like she has said before she is not giving up on it. " Itabidi imekuwa... we ain't giving up on love."

Another fan commented along the same line and Amber said, " siwezi wacha iniue."

Amber Ray admitted that she had done terrible mistakes but she would never let that define her as she ended up where she was meant to
Trending
1 month ago
WATCH: For the latest videos on entertainment stories