Kamene & Obinna reveal how they spent their 1st hard-earned cash 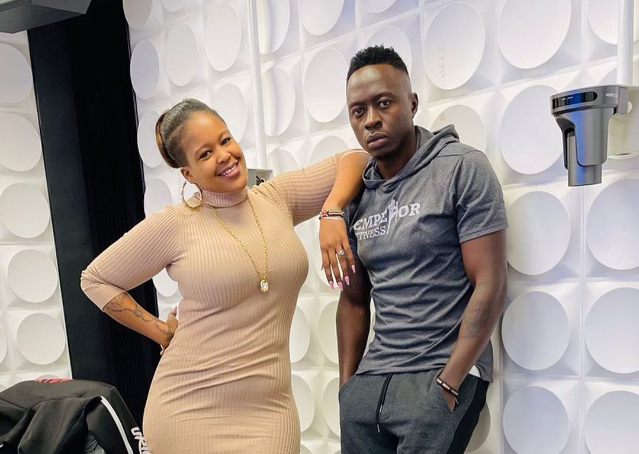 Kamene Goro with Obinna in the studio
Image: Instagram

Today being on a Thursday, most people across the world are always on that Throwback Thursday (TBT) vibe - going down memory lane to some unforgettable music or events.

Our favorite Kiss 100 duo, Kamene Goro, and Oga Obinna were not left behind on the bandwagon.

The two were more than happy to discuss their past and went ahead to indulge in a conversation about how they used their "first salaries", as one would call them.

Obinna went ahead to explain how he used up his first one hundred Kenyan shillings post a tiresome day at the 'site'/mjengo',

Obinna continued narrating how he later went home after buying wheat flour, and some salad. Reaching home he handed the items to his family happily.

Unfortunately, he did not even get a chance to taste Chapatis prepared by the flour bought- he dozed off out while his family was busy in the kitchen preparing a meal. He was incredibly fatigued.

He stated, “Sad to say I did not even eat that Chapo. I blacked out and woke up two days later."

On the other end of laughter was a thankful Kamene who seemed so glad to narrate her experience, and elaborate on how she spent her first earnings.

Unlike Obinna who was too fatigued to have his hard-earned chapatis, Kamene had made a solid two thousand five hundred shillings from their family transportation business.

"I was perpetually broke. I used to be a driver for weddings; my dad did not trust other people with his car. We used to get up at 4:00 am to take the cars to the car wash as the cars got prepared for the day we even had a dress code," Ms. Goro narrated.

She went on to elaborate on how the day went down and how the specific wedding was memorable - it brought her money.

"There is this wedding that I had to take people from Pangani to Karen, mara to Mombasa road, to Bururburu, then to Karen."  With her now animated voice, Kamene was sure to tell Obinna to guess how much money she had made on that day.

She later revealed that she went ahead to use her first hard-earned Sh2500 on her girls as they partied their way to the night.

The two hosts were quick to urge their audience to always remember their past, or rather where they came from once in a while. "We need to remember where we came from where we started so that you can appreciate where you are uwache na pressure ya, mbona mbona," Kamene finished off.

Kikao: Man dumps gf for her friend after getting good job

In the segment Kikao on the morning show, Obinna made a phone call to a listener called Freddy about a girlfriend who had no
Entertainment
1 month ago

Kamene and Obinna react to the harsh economic times we are facing as a country.
Entertainment
2 months ago
WATCH: For the latest videos on entertainment stories