At some point, the radio DJ wanted to quit his job but opted to hang in there because of his young son. 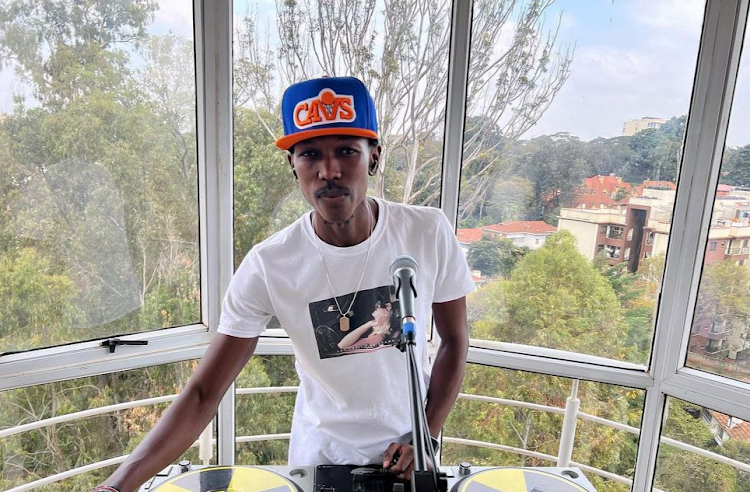 DJ Bash who has talked about his struggles with mental health
Image: Instagram

Kenyan disc jockey DJ Bash has revealed little-known information about his battle with depression and being suicidal at some point.

Bash acknowledged in a number of posts that he hasn't been mentally healthy for the past few months.

“Lost the fight sometimes & got suicidal but thank God for Neo, coz God knew what he was doing when he gave me a child. That boy has saved me a million times. I needed to keep my mind busy and deal with my stress! I live alone, the isolation is tough on the mind,” Bash said.

At some point, the radio DJ wanted to quit his job but opted to hang in there because of his young son.

The radio DJ considered quitting at one time, but decided against it due to his young son.

“I was cycling all over, red books, motivational talks on YouTube, Mum taking me for prayers. Name It, I did it all: All this was my trying to fight for my life while entertaining you guys with minimal or zero appreciation. Wanted to quit my job but I hang in there for Neo,”.

Bash says that he used to deejay for longs hours – running away from reality and all his struggles.

“That’s why I DJ for long hours. Am not strong am weak coz I am running away from my reality with music. Even though I was live for 24 hours, I was just escaping my life. Nothing to be proud of,”.

The Homeboyz  DJ used the opportunity to apologize to his fans, family and friends.

“I would like to apologize to everyone family, friends, and the fans for all the harm I have caused. I admit it. I am the problem, I’ll get help. In return am also requesting, let me be alone. Please. I just need a peaceful state of mind, even if it’s for a while, not even for me. For Neo," he added.

He described his recovery process, including all of the treatments he underwent and the medications that were recommended to him.

“And before I got to this point, I had tried everything, I went for Counseling. I saw a Therapist and got to a point I was prescribed Anti-Depressants. I joined the gym,” the Homeboyz DJ Divulged.

Bash confessed that he tried reaching out to friends for help but no one was there for him.

“I tried finding someone to talk, to and called a few friends but no one was welcoming. I only decided to post on social media because the phone calls were driving me crazy. My first post was an apology to the only person I had left that I could talk to,” the DJ disclosed.

The DJ is said to have parted ways with his baby mama sometime back and the relationship left him devastated.

Counselors, medics, and psychologists advise that you can always reach out for help when experiencing any mental health issues. Call Kenya Red Cross toll-free hotline, 1199 for support.