Laura has disclosed that she is headed to England to pursue a master's in Public health at Oxford Brookes University. 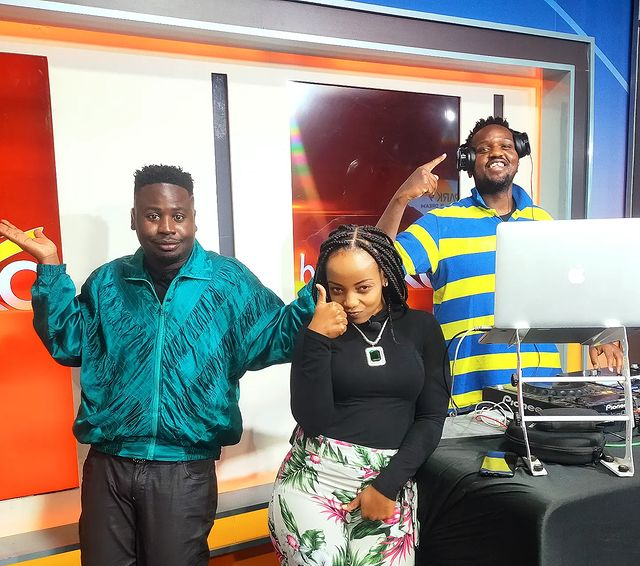 Laura parted ways with the SK Macharia-owned station on Sunday, September 4, 2022, where she hosted her last Bambika show, alongside Timeless Noel, and DJ Gee Gee.

“My time on the show has come to an end, three years later it’s time to say goodbye to Bambika. I never knew it will come this soon but it’s a time of blessings and transition for me,” Luara said

During the final show, the singer and songwriter revealed that she is going to England to pursue a master's in Public health at Oxford Brookes University.

“Today marks the end of this season, into another season which is also very intense. I am not only leaving the show but also leaving every familiar thing behind, my family, friends, and country, and going to England, in the UK, particularly Oxford.

“I have an opportunity to pursue my post-graduate studies – a master's in public health at Oxford Brookes University. In a few days actually, I would be going there to begin a very new season so the cat is out of the bag now,” Laura said.

She continued by expressing her gratitude for what God has done in her life.

“I am generally amazed at how the lord has preserved my life and how he has done miracle after miracle because I am walking miracle even on how came onto Bambika is a great miracle,” she added.

In June 2019, Laura joined Citizen TV as Kambua’s replacement on Bambika. At that particular time, Kambua had been moved to the morning show Rauka following Enid Moraa’s exit.

Karwirwa’s family was also present during her departure from Citizen TV. They treated her to a pleasant surprise that left her emotional.

Laura's brother opened the floor saying; “I am the one and only brother to Karwirwa and I am happy to be here. It’s sad to see her go but we are glad that she is upgrading. She has left Dad and mum in my hands and I will take care of them,’.

Mother added; “Thank you for inviting us. We have come here to thank Noel and DJ Gee Gee and the whole management for taking care of Laura for those three years.

"When she came here she didn’t know what she was coming to do, we didn't understand that she had that talent that you brought out. We knew she could sing but never knew she was a hood host as well,".

“Laura as you go to London, represent as well we pray for you and we know you would do your best as you always do. The world is small we can continue communicating and you can continue entertaining people and you have the channels to do so that and we wish you all the best,” Laura’s mother said.

Willis Raburu has said that he was required to have a gastric bypass weight loss surgery for the sake of his health.
Entertainment
1 month ago