The situation about the perceived spitting caused a buzz online 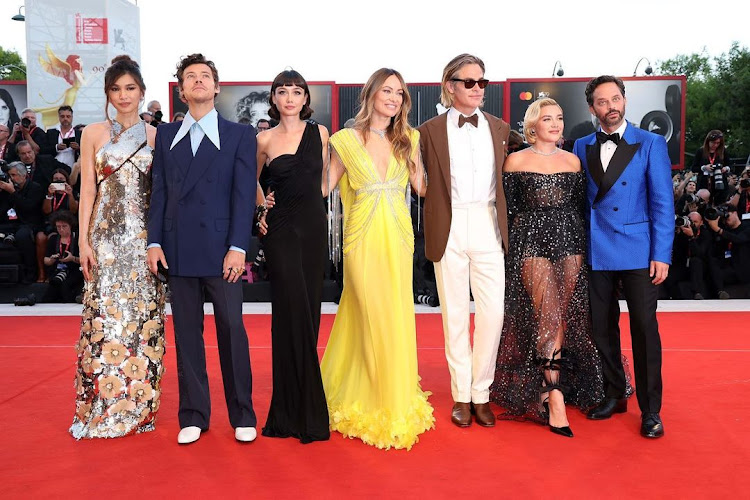 Harry Styles. The One direction member laughed off the claim that he spit on Chris
Image: Instagram

Yesterday, when Harry Styles resumed his US tour at New York's Madison Square Garden, he made light of 'Spitgate' by joking that he "went to Venice to spit on Chris Pine."

On Tuesday, journalist's had claimed that Styles seemed to spit while he was seated next to Pine at the Venice premiere of their new movie Don't Worry Darling set off a social media firestorm.

A source close to the English singer-turned-actor had earlier denied it. US actor Pine's representative branded the claim as "a ridiculous story."

Returning from the film festival, Styles laughed as he told fans on Wednesday evening: "I just popped very quickly to Venice to spit on Chris Pine... but fear not, we're back."

His words prompted laughter and screams from fans.

Videos and online speculation suggested when Styles sat down for Sunday's out-of-competition premiere, he appeared to spit on his co-star, who was seated between him and the film's director Olivia Wilde.

Pine stopped clapping and looked down at his lap before smiling.

The Star Trek and Wonder Woman actor's spokesperson added earlier this week that it was "a complete fabrication and the result of an odd online illusion that is clearly deceiving and allows for foolish speculation".

They said: "There is nothing but respect between these two men and any suggestion otherwise is a blatant attempt to create drama that simply does not exist."

It is the latest in a string of controversies surrounding the film. Florence Pugh, who plays Styles' on-screen partner, walked the red carpet at the premiere but was notably absent from the press conference.

When asked about reports of a rift by a journalist, Wilde, who is Styles' partner in real life, said she would not contribute to the "endless tabloid gossip and all the noise out there", choosing instead to praise Pugh's acting abilities.

The English actress posted a belated message on Instagram on Wednesday, alongside a picture of her and co-stars on the Venice red carpet, writing: "I'm still taking it all in!"

"Qwoaaar. What a moment this was?"

She offered "a massive congratulations to everyone standing on that carpet", adding: "We premiered in Venice! A huge wonderful win in itself.

"I'd never been to Venice Film Festival before.. It was mega! The crowds! The cheers! The energy was incredible."