She was the longest-reigning monarch in British history. She had four children, eight grandchildren and 12 great-grandchildren. 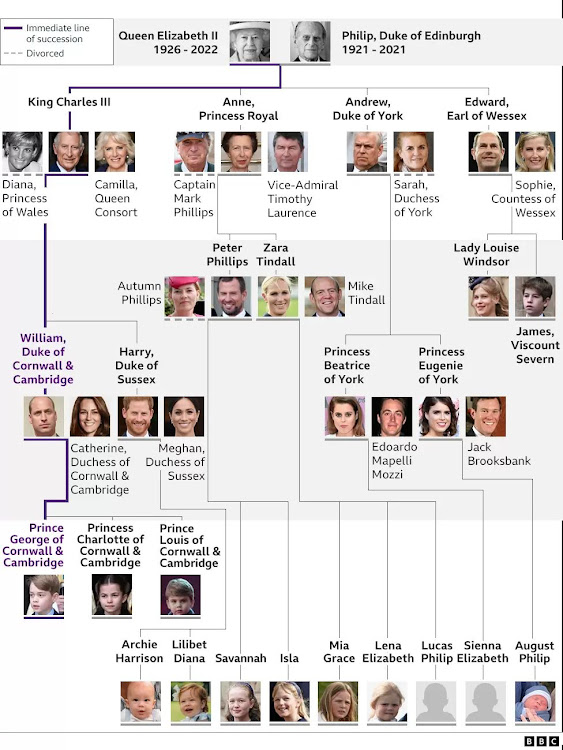 The line of succession
Image: BBC

Queen Elizabeth 2 was the UK's longest-serving monarch, having reigned for 70 years. She was 96 when she died on 8 September 2022.

Born in 1926, Princess Elizabeth became queen on the death of her father, King George VI, in 1952.

She married Philip, Duke of Edinburgh, in 1947 and the couple had four children: Charles, Anne, Andrew and Edward.

A former prince of Denmark and Greece, Prince Philip was born in 1921 and served in the Royal Navy in World War Two.

He was the longest-serving consort of any British monarch, and retired from royal duties in 2017 having completed more than 22,000 solo engagements.