Rayvanny hints on reunion with baby mama after breakup with Paula 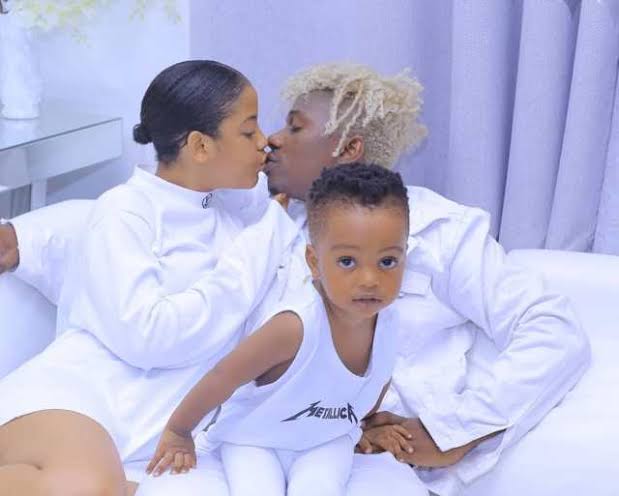 Rayvanny, Fahyvanny and their Son Jaydeen, Rayvanny has hinted on a reunion with his Baby Mama
Image: Instagram

Tanzanian singer Rayvanny has hinted at a reunion with his baby mama Fahyvanny.

The Next Level Music CEO has been sharing clips of his baby mama jamming to his latest release "Mzuri" - a song he was featured in by Barnaba Classic.

The act of Vanny Boy gushing over his baby mama has raised eyebrows among his followers- who have been left guessing if the two have reconciled.

This also comes as a confirmation that the singer is no longer an item with Paula Kajala.

Rayvanny and Paula went public with their relationship on February 14th, when the world was celebrating Valentine’s Day.

However, their affair faced a lot of challenges after it emerged that Harmonize was seducing Paula at a time he was dating her mother Frida Kajala.

The claims escalated, forcing Kajala to dump Harmonize. However, in 2022, Konde Boy apologized to Kajala with two Range Rovers and a huge Billboard – an act that saw the two rekindle their love.

In April 2021, Fahyma aka Fahyvanny was again in the headlines – accusing her baby daddy of subjecting her to social media harassment.

In a series of posts, Fahyma mentioned that Rayvanny had neglected his own family at the expense of his then relationship with Paula Kajala.

The two have been in an on-and-off relationship, that has always left their fans guessing if they are still an item.

In 2020 Rich Mavoko was asked by Diamond Platnumz to pay Tsh500 million (Sh23 million) before quitting the label.
Entertainment
1 month ago