Netizens react to Mulamwah's petty birthday wish to his daughter

Mulamwah's finally wished his daughter a happy birthday in the evening, laden with shots at the mom and a shocking family revelation 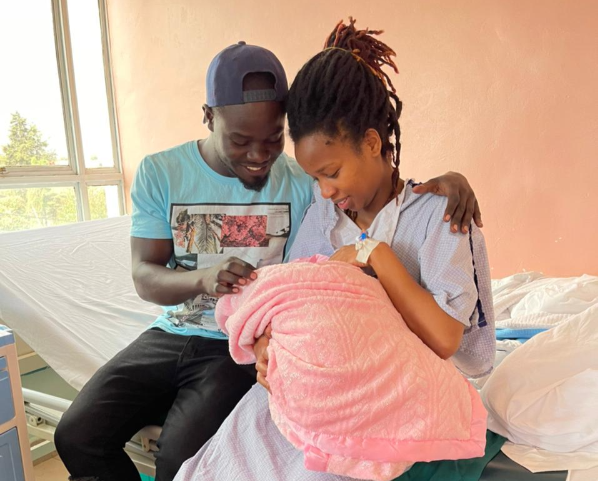 Mulamwah and Sonnie when they got their baby. Mulamwah has revealed that he has another child as he asked Sonnie to make co-parenting easy

Comedian and content creator David Oyando popularly known as Mulamwah finally wished his baby girl, Keilah, whom he shares with his ex, Carrol Sonie a happy birthday but his post has fans a little confused and worried.

In his post Mulamwah accused his ex girlfriend Sonie of using their baby as a cash cow as well as making co-parenting really hard.

TO MANY MORE YEARS OF GROWTH & GOOD HEALTH. We will one day meet and talk once you have a brain of your own," part of Mulamwah's wishes to his baby who just turned read.

Now the last part of his post is what had people overly confused.

Mulamwah might have hinted that he has another child minus Keilah.

Netizens were quick to pick on the " little sister" part as well as the fact that Mulamwah called Sonie out for apparently putting up a fake façade for people online.

angela__kerubo: Hamwoni part ya "your lil siz said hae to you" 😂😂😂😂😂😂 that was the most important line

As their daughter Keilah Oyando turns one, comedian David Oyando, also known as Mulamwah, is once again launching attacks at his baby mama Caroline ...
Trending
1 week ago
WATCH: For the latest videos on entertainment stories