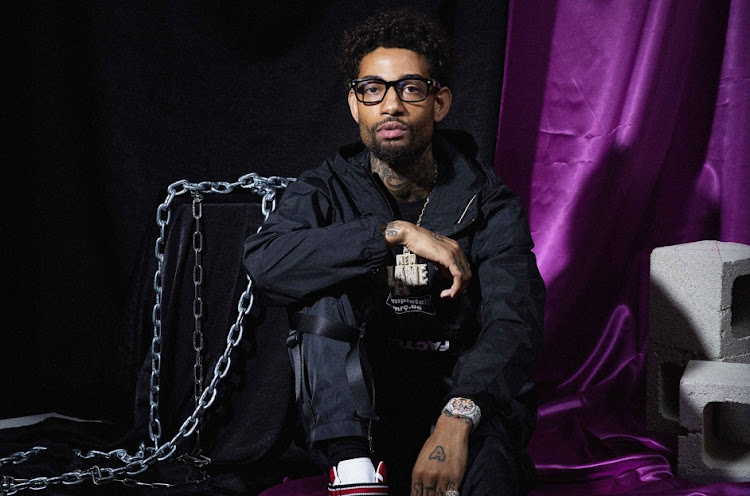 Los Angeles Police department have arrested 17-year-old Freddie Lee Trone, who is the main suspect in the murder of Selfish hitmaker PnB Rock.

The police had asked the public to help them in locating and apprehending Freddie, terming him as "armed and dangerous. "

However, the teenage boy was not working alone. Apparently, he had help from his dad.

According to the LAPD, the father and son duo were already in the restaurant's parking lot when PnB and his girlfriend arrived.

With that new revelation, we can now remove the possibility that PnB was targeted from a social media post from his baby mama had put in her Instagram stories and later on deleted showing that they were eating at Roscoe's Chicken & Waffles on September 12th.

It's crazy considering how everyone trolled her on Instagram and accused her of leading to the death of the father of her kids.

Freddie and his dad after escaping from the murder scene burned the getaway vehicle. They also fled with several gold and diamond chains the Philly MC was wearing as he ate lunch with his girlfriend.

Also arrested and charged in connection to the crime is the suspect's step-mum Shauntel Trone.

She was arrested in Gardena, Calif the same day and booked for accessory to murder.

"As they were having lunch, a suspect entered the restaurant and approached Allen.

"The suspect shot Allen and removed some of his property, he also demanded property from Allen’s girlfriend. The suspect fled the location in an awaiting vehicle.

"Freddie Lee Trone has been identified as being a person involved in the murder of Rakim Allen," the Los Angeles Police Department’s South Bureau Homicide Division detectives said.

Lil Tjay was shot severally during a botched attempted robbery that left him fighting for his life in surgery
Entertainment
5 months ago
WATCH: For the latest videos on entertainment stories