Maxwell Mwamburi thirsting over Edgar Obare & not afraid to say it 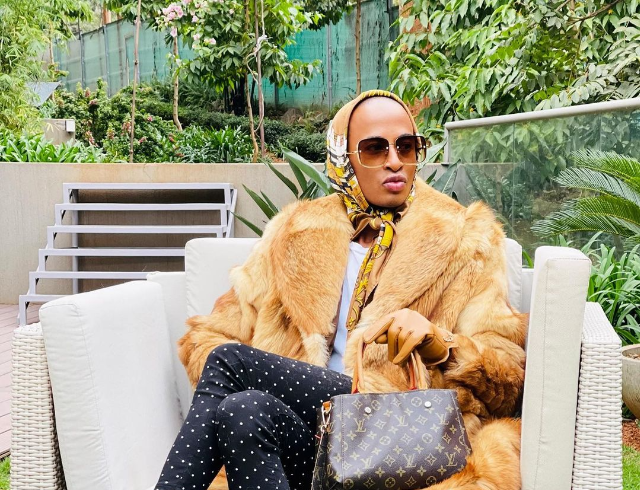 Well well well, you know if the title is Maxwell Mwamburi aka Hunty Maxine then either tea is being spilled or shots are being taken.

Maxwell does not hold back whether you all used to be friends or you are a big deal, the cake boss just does not care and is also pretty vocal. Sort of reminds me of Huddah Monroe.

So this might be a war of turfs or just an attempt to you know... grow with clout but this time round Hunty Maxine is not spilling tea or talking about his alleged politician Mubaba he is letting us know his biggest wish for Christmas.

Taking to his Instagram page, Maxwell posted a photo of himself dressed as his alter ego, Maxine in an all-black leather outfit from head to toe. And boy did he look stunning!

Maxine captioned the photo, " I got Edgar Obare on my Wish-list..😋🥰Tell Santa 🎅 that's what i want for Christmas 🎄.."

I wonder what Mwamburi's "daddy," thinks about him openly thirsting over another man.

Guys on the comment section went crazy with comments over Maxwell's obvious jab at the original tea master since Edgar has made it clear he is straight even though over the years he's been accused by people he dished tea out on for being gay.

Maxine has decided by all means necessary he's taking the industry and people will sing his name.

Edgar Obare had not responded to Maxine's taunting post by the time this article was being published.

evahgaturi: Would you date letoya Johnstone?

Entrepreneur Maxwell Mwamburi has come out with claws all ready to scratch, unlike socialite Huddah Monroe who is all bark and no bite.
Entertainment
2 months ago

Real estate and cake boss, Maxwell Mwamburi is one disgruntled human being and his wrath was brought about by none other than close friend and fellow ...
Trending
3 months ago
WATCH: For the latest videos on entertainment stories