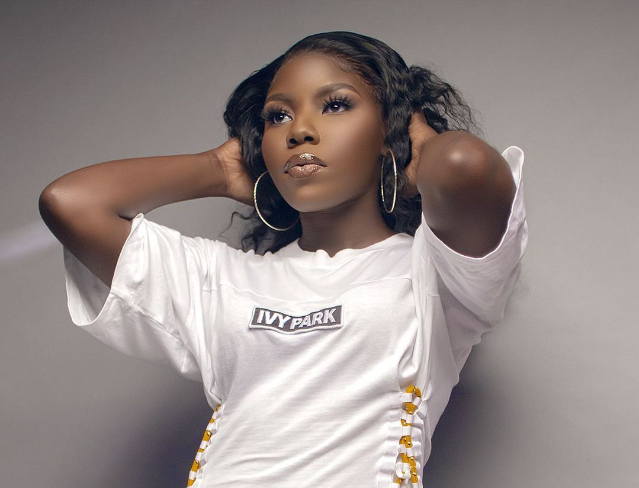 A month after letting the whole world know that she had received proper character development digital content creator Vanessa Akinyi, aka Cartoon Comedian has released a new song highlighting her heartbreak.

Before dropping the music video Cartoon went on to brag about how she had spent millions on the video's concept.

She also took shots at socialite Vera Sidika who recently released a rap song after years of inactivity from the music scenes.

The 22-year-old in her post implied that Vera's music video was not up to standard and clout was a lazy person's way to try and get views/airplay.

Interesting thought process because I also feel like Cartoon telling us that she'd been cheated on (by an unknown boyfriend since Mbagiruh strongly revealed he wasn't the one) and was depressed just a month before dropping her song was a strategy as well.

"My music video has cost me 2.5 million shillings but it is worth the wait. Ambieni Vera music ni investment!!! Wait for me." Cartoon Comedian took to her Instagram page to brag 4 days before releasing the song.

The video has already garnered over 141 thousand views and 16 thousand likes on YouTube since being released a day ago.

And it seems to be doing fairly better than Vera Sidika's video which was released two weeks ago and has only 12 thousand likes till now.

To top it off Vera's new song seems to be doing badly (people must still be upset over her ruse) with three times as many dislikes compared to likes.

Vera's song has over 36 thousand dislikes making the socialite's song the most disliked Kenyan song on YouTube setting a new record for this year.

Cartoon's boyfriend shared a video on Instagram highlighting that he's not the one who had cheated
Trending
2 months ago
WATCH: For the latest videos on entertainment stories