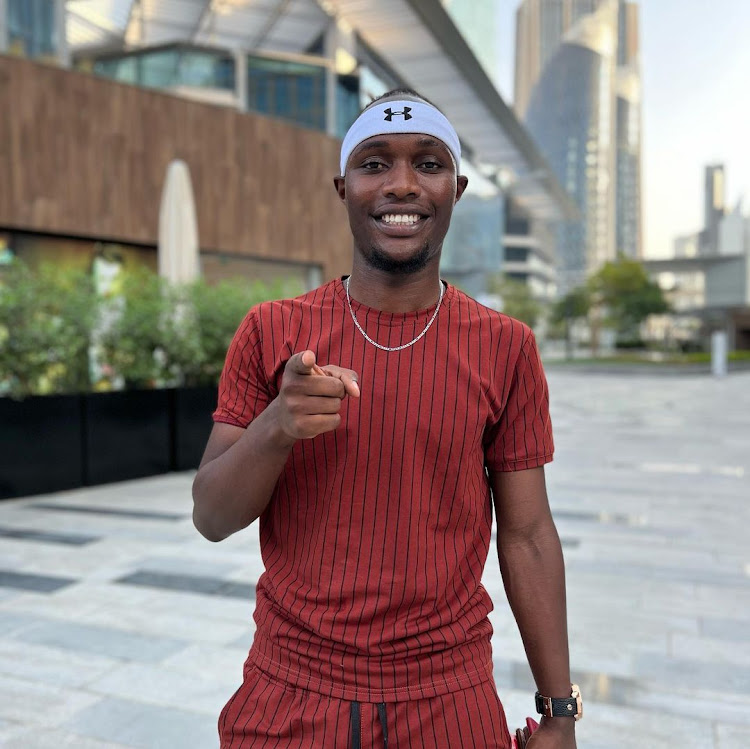 Moya just realised a new song and music video as well (quite a huge surprise if I might add as he'd kept all this under a real low profile) and the song is already racking in big numbers.

The song dubbed "Chapo" featuring Wyse has over 112 thousand views on YouTube and over 8 thousand likes barely a day after it was released.

Ironically "Chapo" is a love song and has nothing to do with eating or events at all.

Speaking about his song Moya wrote, "to all chapo lovers out here, here is a new vibe for you. Christmas tunaingia in style.... I love you fam. Moya full of surprises.

Moya now joins the likes of Cartoon comedian, Obinna, Mulamwah and Diana B as other content creators who have turned into musicians.

The ever smiling/ king of smiles dancer surpassed all other Kenyan TikTok content creators and became the most followed Kenyan TikToker with his page having amassed over 2.8 million followers.

Moya is best known for his popular dance challenges and the smiles he puts on people when he surprises them. especially on the streets which have made him a household name.

The dancer has also been credited for popularizing the 'Mi Amor' song by Tanzania's Marioo and Kenya's Jovial as he occasionally uses it in his videos.

Although just like ying and yang he has equally been criticized for overusing the song.

Moya David announced on his Instagram page that he would be opening the shop along Ngong road and urged Kenyans to apply for listed job opportunities
Entertainment
7 months ago
WATCH: For the latest videos on entertainment stories